Promising Future for Renewable Energy in the Global South 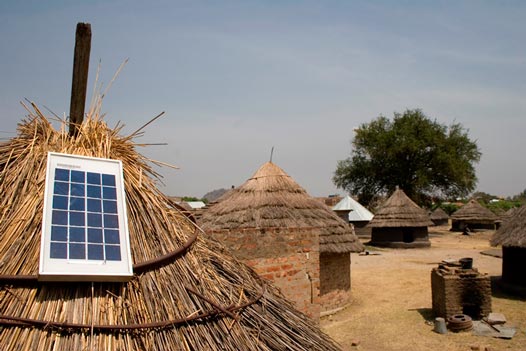 In the 21st century, the essential requirement for growth across almost all sectors of the economy is energy. Energy is necessary for manufacturing and basic living essentials. Now, it is even more important to societal development because of the key role technology plays in modern life. The internet, cellphones, and life-saving medical devices all have the power to transform societies, helping to connect people from remote areas of the world and lifting millions out of poverty. Modern technology has ushered in an age of opportunities that never existed before. But all of these transformational technologies require energy, and while most in the developed world take for granted the ability to turn on lights or power a cellphone, in much of the developing world, these simple luxuries are not accessible. Without cheap access to power sources, how is the developing world supposed to develop?

Limited access to power in the Global South is a wicked problem: it affects people’s health, connectivity, and ability to earn a living income. The solution to this problem lies in renewable energy projects that can be implemented at an ever-decreasing cost. Renewable energy will not deplete natural resources and creates a solid foundation for growth with minimal ongoing costs. Two renewable energy technologies that should be implemented throughout the Global South are solar panels and hydroelectricity. By installing solar panels via microfinance and hydroelectricity through a combination of government interference, private investment, and NGOs, a virtuous cycle will be created– not only by protecting the environment and granting people access to power– but also by working from the ground up in so many other facets of life, from better health technology to cleaner water to allowing people to get a better education.

Solar panel costs have decreased dramatically over the past few decades and are predicted to keep decreasing at an exponential pace. The use of small microcredit loans to allow villagers to purchase solar panels will enable millions to power their homes and businesses. An article in The New York Times perfectly illustrates the huge impact of solar power on rural Africans. The story features Sara Ruto, a villager in Kenya who bought a single solar panel for $80. Sara previously had to take a taxi for three hours to the closest city with an electrical grid in order to charge her phone. Now, not only can Sara charge her phone at home, but she can also power the lights and saves $15 a month in kerosene and a $20 taxi fee. The solar panel pays for itself in a matter of months, and then provides power for free. The costly infrastructure that once was required to bring power to people is no longer necessary and this cheap alternative provides an extremely viable solution for residents of remote villages to attain power.

At around only $80 per unit, financing solar panels through microcredit is extremely feasible and can be easily implemented in many villages and towns. The solar panels can be utilized by families, businesses, and medical centers. People will gain access to education and be empowered with new resources to grow businesses or become more educated, which will allow them to pay back their loans. The more people see businesses and families thriving due to the use of solar panels, the more new people will be willing to borrow in order to similarly benefit. This will make the microcredit lenders more successful and allow them to serve new markets and provide more loans to the markets they already serve, initiating a virtuous cycle.

Where there is a need for electricity that is proximate to large rivers and lakes, hydroelectric power can provide cheap, clean power to larger population centers. The Democratic Republic of the Congo has the natural resources to harvest 100,000 megawatts of hydroelectric power, according to USAID. The problem with exploiting this natural advantage is the corrupt government, which has consistently delayed the project’s start date.

Large-scale hydroelectricity requires expensive and complex construction projects, which often cause long delays given all of the difficulties in Global South. Because of the expense, either the government or a wealthy electric company needs to construct the project. If a private company constructs the project, it will need to charge a price for the electricity that will enable it to turn a profit. This makes the resulting power too expensive for these underserved populations. Therefore, it is unlikely that a private company will undertake such a project without significant outside assistance.

Luckily, the World Bank and other NGOs offer aid for these situations through subsidized loans or equity investment. With very low-cost loans or investment, a private company may be able to make large scale hydropower profitable enough. Even though there are many reasons why a project this massive is extremely difficult to complete and pricey, it is well worth the effort it because the result is affordable and clean renewable power on a massive scale that will help lift entire communities out of poverty in a virtuous cycle that will increase in strength. By utilizing natural resources and generating clean power, this system enables many more citizens to have access to the rest of the world. Additionally, citizens in developing countries will be able to make more informed political decisions due to the increased access of reliable news sources through the internet. This will initiate a virtuous cycle of electing informed politicians who will invest in projects similar to this and hopefully will weed out corruption in the governments of the Global South.

Everything starts with power. Power enables connections through access to more information, technological advancements, enhanced schools, businesses, and hospitals, efficient systems for clean water and food cultivation, and more. By enabling the populations of the Global South to have access to clean power, a virtuous cycle is created that will gain momentum with each generation. As populations are lifted out of poverty, they will become viable markets for businesses around the world, thus establishing an ongoing virtuous cycle.