My opinion on whether or not to “Open it Up” 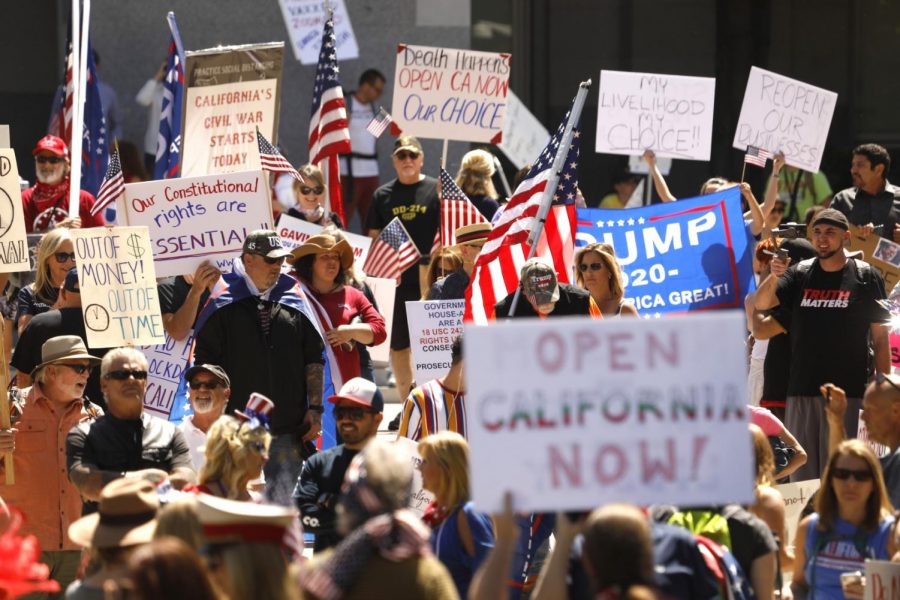 Everybody wants to be back at work, school, and overall back to a normal routine. Millions have lost jobs worldwide, causing the pandemic to create more chaos in many countries’ economies. It is heartbreaking to see young kids painting “I miss school, I miss my friends, I miss my teachers” on their school walls. It is also heartwarming to see people giving their support and donations to the medical workers, and the people who are fighting this “war” on the front line. Students around the world are adapting to online learning (the privileged kids of course, who have the internet at home, while kids who suffer financial difficulty, face a total disaster.) People in the United States are protesting to “Open it up”, but we must take this decision extremely seriously, and proceed step by step to achieve this goal through the use of our knowledge without ignorance.

People are dying: this is a fact. People are suffering through their lives, company owners are losing so much profit that they have to fire their workers: this is also a fact. People who did not have to worry about their bills now have to start thinking how to economize and save money, this sadly, is also a fact. Antagonizing people solves nothing, because this will only demonstrate our incompetence rather than our unity, which is key. Everybody wants to live a normal, healthy, and productive life. Governments of countries around the world are desperate to reopen their economy and let the production to be restarted. However, we should not make the mistake we made during the Spanish flu, because the result is the death and the infection of millions through a second wave.

We study history for a reason, students who are in schools– rather were in schools– take history class for a reason; we do not make our students study history because we must have their grades of this class on their résumé, but we make our students study because we want to let the “future” know what we did wrongly in the past, and not to make these mistakes again. One of the biggest mistakes officials made during the previous pandemic was opening the country without the backing of scientific knowledge (of course, technologies during the 20th century is incomparable to today’s, but the lack of understanding and the ignorance of the scientific facts created more problems than solutions). Cities like San Francisco and Philadelphia believed that the virus was safely contained, and that massive gatherings should be available, so they lifted their restrictions. Massive parades were conducted to celebrate the return of soldiers who came back home from WWI. Pubs and dance floors flooded with people. Unfortunately, cities like these experienced a huge resurgence of confirmed infection compared to cities that did not. The consequences of lifting restrictions proved deadly as the Spanish flu later proved to be more lethal than the Great War; the war was killing strong American soldiers who fought for their country and were armed, but the virus was decimating cities and civilians who had little to no protections. The Spanish flu gives us the understanding of how public health agencies should be operated, and how the government should react and protect the people if such a tragedy happens.

While people around the United States are chanting “Open it up” and I would agree with that catchy phrase, we must also open our history books and learn about the mistakes we made in the past. If we open the country up without testing (still, only one in a hundred has a diagnostic test), the history will ultimately repeat itself. COVID-19 has proven to be more deadly than the Vietnam War, and just like the previous pandemic, the virus is killing civilians who had no protections. We use force and weapons to kill enemies during the war, but this “war” has to be conducted with scientific knowledge and facts, and we must consider the procedure of “Open it Up” more carefully than ever.

Truly, this is a huge test for the Trump presidency, and just like every president in history, a decision whether to “Open it Up” will inevitably affect people years after this pandemic.