Anti-racism at Viewpoint: a letter from Aria Assil (’22) 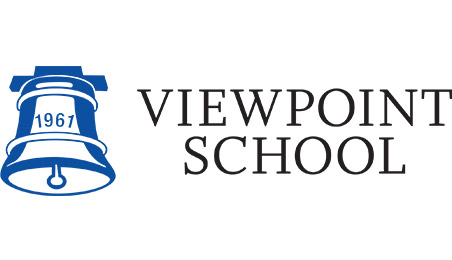 Upon reflection of both the past few months in our country pertaining to Black Lives Matter and my total experience within the Viewpoint community, I can no longer ignore the flaws we perpetuate and look past as we move into a new school year. We need to abandon the typical Viewpoint School protocol that prioritizes white comfort over systemic change. For far too long Viewpoint has accepted that it is built as a white institution and has not adopted changeschange to allow students of color – specifically Black students – the same experience as their white counterparts.

We live in a country where it is illegal and punishable by death to be Black and use a twenty-dollar bill, to jog, to sleep in your own home, to wear a ski mask, to hold skittles, to have a broken tail-light, and even to stand up for what is right. This nation continues to rely on ideasideals that align with racist behavior regardless of its subtlety. Viewpoint School has fallen into the same trap – we choose to accept neutrality and remain complacent in situations that challenge us as a community. Our neutrality is insidious and actively harms all students at Viewpoint.

Within a Viewpoint classroom, I never learned the names Hiram Rhodes Rebel, Sally Hemings, Gladys West, Martin Robinson Delany, Assata Shakur, George Edwin Taylor among many more. I never learned about Black Wall Street, Seneca Village, the Rosewood Massacre, or the Elaine Massacre. I never learned that slaves were not truly freed until two years after the Emancipation Proclamation was issued or that Juneteenth freed more people than the Fourth of July (for that matter, that Juneteenth existed). I never learned that the majority of Confederate iconography was built decades and decades after the Civil war ended. But what I did learn was that Abraham Lincoln was a savior to the slaves, initially learned that Columbus was to be celebrated, that George Washington, with his wooden teeth, set the precedent for American values; I learned about liberty and justice for all. Through my own education, I now know Abraham Lincoln only used slavery to win the Civil War, I know that Columbus raped, enslaved, and looted the Native people, I know that George Washington – equipped with slaves’ teeth – set a precedent of white supremacy, and I have learned that liberty and justice are not for all. Most importantly I have learned that Viewpoint has disappointed students of color for far too long and that needs to end now.

Viewpoint School can no longer wait to make a change and needs to become an active participant in creating an inclusive community. The norm that learning an authentic history of our country must be done independently can no longer stand. It is necessary and my hope that the administrationadmin of Viewpoint School can come together with their students and re-evaluate the curriculum that is currently in place as well as the morals that perpetuate the actions of students. This change can no longer wait and cannot be exclusive to upper schoolers as racial inequity affects everyone, regardless of age. Upon this change, I hope important topics such as Black Lives Matter can be discussed freely and not be seen as controversial within the halls of Viewpoint School.

We should not have to wait for a civil rights movement in our country to make a change in our community. As a community, we need to push for the ideals of inclusion and diversity and incorporate them into all curriculums at Viewpoint. Black students and other students of color deserve to feel acknowledged in all environments especially in a community where we are shaped. This is not an issue that can be addressed once, equity is not a trend, and I hope you take this into consideration as we move into the new school year and as a community, we can go beyond these outdated barriers.

P.S. For the sake of complete transparency I initially planned to send this later in late June/early July but because of fear of how this would be received I hesitated. I am now sending this letter following the recent and devastating shooting of Jacob Blake in Wisconsin. This heartbreaking act of hate and violence was another reminder that our country needs to change and that no one is exempt from that. Because of this, I urge you to read this letter and keep in mind the students recognize your strives for change but they also know there is much more to be done.