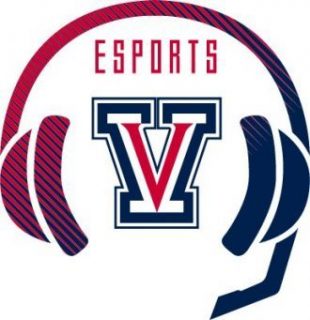 As of a few weeks ago, Viewpoint School is bringing esports into their curriculum. In two games (Rocket League and League of Legends), our school is joining into a league with other schools in our geographic area to compete.

Esports can be defined as a form of sport competition using video games. These video games are, for the most part, online battles between players in the form of a mind game and mechanical prowess. Typically, video games are a casual, for-fun experience. In 2015, 84 percent of teenage boys and 59 percent of teenage girls reported that they play video games, mostly for leisure. It is likely that even more play now, as technology becomes more available, and the COVID-19 quarantine is keeping people inside and bored.

Something to note when looking into Esports is the fact that it is so exclusive, very unlike video games as a whole, which are massively widespread. It is not easy to become a professional gamer, and while some of them are very successful, many esports careers are not so fruitful.

Many people question the fairness of individuals earning a living from playing video games. In response to that, here are some statistics. For League of Legends, the biggest Esport in the world, there are 80 million active players. Of those 80 million players, there are less than 1000 competitive players. This means that immense skill and knowledge is required to be the best of the best. Along with the theme of exclusivity, Esports function the same as physical sports in many ways. There are competitive leagues, tournaments, and championships. Players get paid contracts and many people watch the games live in person at an arena, and even more, people watch the games live on websites like Twitch.tv. Competitive gaming is the real deal, and it only shows promise to keep growing.

As mentioned previously, this year Viewpoint has introduced an esports program at our school. As all of the Viewpoint students, parents, and faculty reading this likely know, Viewpoint requires its students to do two P.E. programs of three trimesters each year. Its non-sport P.E. programs are underwhelming, with many kids not having a passion for the program, and doing it just to get their credit to graduate. This pushes many motivated kids into the well-run sports programs, where Viewpoint is looking to better their reputation on the fields and courts to secure more students, tuition, and representation as an elite Los Angeles private school.

My first reaction to the announcement that esports were coming to Viewpoint was to inquire about it and see what it was all about. As someone who plays a sport for the school, enjoys working out, and playing video games, I was curious.

I interviewed manager Nicholas Yalda and Coach Espinoza of the Viewpoint Esports program. Right now, it is the preseason, and there is no set practice schedule. There are scrimmages, however, against opponent schools. Yalda says that they have them once a week and matches last about an hour. Once the season starts they will have practice twice a week and matches once a week in a normal sports league format.

When I asked Coach Espinoza about P.E. credit, his response was that the players don’t care for it. They can get it in a different program and, to him, the Esports program is all about competition. He wants them to participate in the program because they are passionate about, not because they want the supposed P.E. credit. He feels Viewpoint creating an esports program is a way to keep up with the times, and he expects the program to only grow in the future as it becomes more well known, and as more games are added to the program.

Judging by its current popularity, it looks like esports are here to stay.