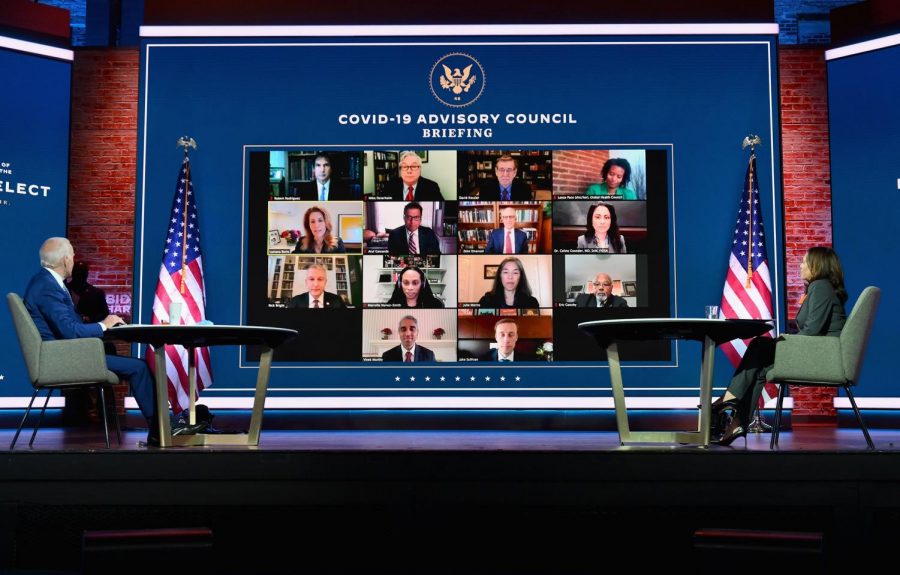 Photo courtesy of the Time Magazine

The United States of America has “successfully” surpassed the 10 million COVID-19 confirmed cases mark to become the first nation to do so. The terrifying surge of confirmed cases and the lack of government mandate of masks in all 50 states have proved to be fatal as the country has lost 238 thousand lives, and there’s a lack of hope that there will be an immediate light at the end of the tunnel. There is no doubt that President Trump and Congress’s lack of actions have directly contributed to the situation getting worse in April, deadly in July, and become a public health disaster in American history by the end of 2020.

Ridiculously, the United States has still not implemented measures and actions other European and Asian countries took to limit the virus’s spread. Populous cities like Los Angeles and New York have been the center of transmission due to living proximity and population density. Simultaneously, many people from rural, suburban counties exacerbate the problem by failing to comprehend the need for wearing face-coverings. Interestingly, COVID-19 has turned itself into a political issue in, and only in the United States rather than a public health one. Peoples’ ignorance towards public heath due to their misinterpretations of “freedom” and “my body, my choice” has proved to have an irretrievable effect on their surroundings, both physically and psychologically.

In November.7th, 2020. Former Vice-President Joe Biden and his running mate Senator. Kamala Harris became President and Vice-President-elect of the United States. On their victory speech, Biden vowed to get the pandemic under controlled “our work begins with getting Covid under control,” said President-elect Biden in his victory speech on Saturday. “We cannot repair the economy, restore our vitality, or relish life’s most precious moments — hugging a grandchild, birthdays, weddings, graduations, all the moments that matter most to us — until we get this virus under control.”. Biden’s team has announced a task force to put his Covid-19 plan into effect. This group will be co-chaired by former FDA commissioner David Kessler and former U.S. Surgeon General Vivek Murthy. The President-elect’s transition website has also posted the future Administration’s plans centered around the mantra “Listen to science.”

It’s important to note that Biden’s task force does not but will have any authority until January 20th of 2021 and that until then, the United States faces what will likely be a harsh winter. However, once the new Administration is sworn in, the transition task force will enable it to hit the ground running. Here are its priorities:
NATIONWIDE MASK MANDATES
There are no legal authorities for the United States’ federal government to implement a requirement that Americans wear masks, but it does wield a significant amount of influence. One of the bedrock of Biden’s COVID-19 plan is to work with governors and local officials to urge a nationwide mask mandate for Americans when “they are around people outside their household.”. The mandate could significantly affect the economy as a recent analysis by Vanderbilt University researchers concluded that areas with mask mandates have lower hospitalization rates from COVID-19 than regions that don’t. And a Goldman Sachs estimate over the summer suggested a mask mandate would save the economy over $1 trillion.
MORE ACCESSIBLE (AND FREE) TESTING
Joe Biden’s team has proposed that the federal government help double the number of drive-thrus Covid-19 testing locations and ensure that the tests’ cost is free. It also wants to expand on the Trump Administration’s efforts to fund investments in more home tests and rapid tests. Although testing does not prevent the coronavirus spread, it is an essential tool that provides public health officials and scientists information to make crucial public health decisions.
CLEARER COMMUNICATIONS
The future Biden Administration proposes a more active role for the CDC in communicating Covid-19 and its response. On their transition website, the President-elect says that the CDC will be directed to provide clear guidance on how communities can respond to the spread of Covid-19 in their communities, including “including when to open or close certain businesses, bars, restaurants, and other spaces; when to open or close schools, and what steps they need to take to make classrooms and facilities safe; appropriate restrictions on the size of gatherings; when to issue stay-at-home restrictions.”

Additionally, the President-elect has also called for creating a “Nationwide Pandemic Dashboard,” a website that would enable people to check on virus activity in their community in real-time. The site would also provide advice for individuals to understand what precautions they should take in their area.
FINANCIAL SUPPORT FOR COMMUNITIES AND BUSINESSES
Biden has called for Congress to pass an emergency package to ensure schools, local businesses, and state and local governments all have sufficient funding during particular phases of responses to Covid-19. Given the constant back and forths between the House of Representatives and the Senate over a second stimulus package, it’s hard to know exactly what this might look like, despite what Biden pushes for. A more apparent answer may come in Georgia, as the two runoff elections there in January will likely determine which party will control the Senate.

Additionally, the President-elect promises to “fix personal protective equipment problems for good” by utilizing the Defense Production Act to build up a stockpile of PPE for health systems. Moreover, the future Administration says it intends to develop policies to encourage scaling up an “American-sourced” manufacturing capability for PPE in the event of future health crises. However, there’s been very little detail about this aspect of the plan released.

VACCINE DISTRIBUTION
Although nations like South Korea, China, New Zealand (and even states like Vermont) have shown it’s possible to contain Covid-19 through public health measures alone, the surgence and the resurgence of cases in the United States and Europe suggest that life won’t get back to normal in most of the world until a vaccine has been approved. To that end, Biden plans to invest in a $25 billion manufacturing and distribution plan to provide free vaccines to Americans, though details of that plan are vague at the moment. It’s also not clear whether the promise to ensure free vaccines will continue in the future if it turns out that, like the flu, Covid-19 vaccines need to be regularly re-administered.
PROMOTING INTERNATIONAL COOPERATION
Perhaps that sharpest break in policy with the Trump Administration, the President-elect promises to “immediately restore our relationship with the World Health Organization.” It also plans to restore other public health initiatives geared towards international cooperation that has been either eliminated or diminished under the Trump administration, including the White House National Security Council Directorate for Global Health Security and Biodefense and the Agency for International Development’s PREDICT program, which helps track the spread of epidemics.

Overall, Biden’s policy on COVID-19 will significantly affect the pandemic raging in the United States. And suppose the new President-elect’s policies prove useful in the next few years, suppressing the virus’s spread. In that case, Biden’s Administration may well be the light at the end of the tunnel for Americans who seek to safely social gather and return to school without fear or distress.