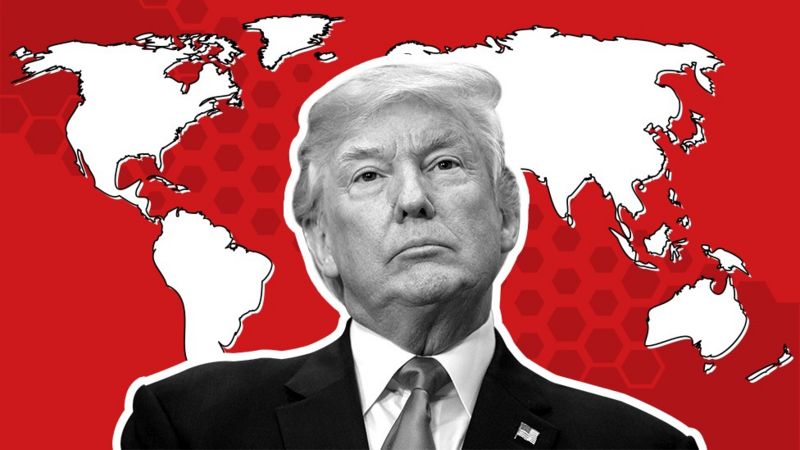 After four years under Donald Trump’s reign, America is saying goodbye to the 45th president of the United States of America, and turning towards president-elect, Joe Biden for the next phase in this ever changing democracy. Yet, Trump still resides in the White House until January, and now is the chance to look back at the impact President Trump has had on the U.S.: the good, the bad, and everything in between.

First of all, we must talk about the elephant in the room, COVID-19. To date, America has more confirmed cases and deaths from the coronavirus than any other nation in the world. With over 237,835 deaths and an ongoing economic crisis, one cannot say that our president has done a good job handling this pandemic. President Trump refused to acknowledge that this virus was a real threat to Americans, blames China, and contracted COVID himself. While the pandemic has had drastic effects on the entire world, the U.S. has done an abysmal job in protecting this country against this new deadly disease. Many Americans are curious and hopeful as to what new policies president-elect Joe Biden might implement to take control of the pandemic in America.

Besides COVID, another huge problem the world has to deal with is the climate crisis. Trump withdrew the United States from the Paris climate accord, which aims to avoid dangerous climate change. With the U.S. out of this agreement, you take out one of the strongest and richest nations, leaving the others scrambling to pick up the slack. Additionally, Trump dropped climate change from the list of national security threats, limiting the money and time spent solving this problem, and lowering the level of common awareness. Trump has also loosened regulations on toxic air pollution, increased oil and gas drilling as well as logging. Something drastic needs to be done about global warming in the next four years, and fast, before we reach the point of no return.

On a more political aspect, Trump succeeded in brokering a peace agreement between Israel and Sudan, a great accomplishment that will hopefully sustain many more years of peace between the two nations. However, with the killing of Abu-Bakr-al Baghdadi, a terrorist leader of the Islamic State of Iraq, and the defeat of the ISIS caliphate, tensions between the United States, Iran, Syria, and Afghanistan are higher and more volatile than ever.

Additionally, the global image of the U.S. is in shambles. Between the pandemic, the systemic racism, and the withdrawal of the U.S. from the 2015 Nuclear Deal, many countries do not trust or look to America for inspiration anymore. Trump has implanted an “America First” policy that leaves many U.S. allies at odds with this nation. Many Americans have lost hope or a sense of nationalism to their country as well, and many more look to the next presidency to make the American image, dream, and democracy shine bright once again.
On a more domestic basis, we all know of the many protests against systemic racism that have been occuring ever since George Floyd’s tragic death in May. Trump’s response to this has been considered very poor, with him directly attacking the Black Lives Matter movement. Black lives are not the only ones that Trump has pushed aside, but immigrant lives as well. With abounding family separations and deaths of migrant children in ICE custody, America’s policies toward immigration have gone downhill.

Additionally, Trump is no saint towards women either. He has been known to say sexist comments about women and his misogynistic views are not hidden from the world. Women’s bodies and rights are constantly being debated by men who have no right to decide such things as abortion for a woman. Trump newly nominated Justice Amy Coney Barrett who is in favor of restricting abortion rights. This comes after Trump has made several new restrictions regarding abortion, some of which test Roe v Wade. Overall, many minority groups have felt wronged by President Trump and used their voice to elect Joe Biden.

To end on a high note, President Trump has had some successful impacts on America in his presidency, besides the peace brokering between Israel and Sudan. Trump has implanted many tax reform policies, including reducing tax rates for businesses and individuals. He also founded the United States Space Force, a U.S. armed forces branch which is designed to protect the interests of the United States in space. Lastly, he implemented the First Step Act, which reforms federal prisons and sentencing laws in order to reduce recidivism, decrease the federal inmate population, and maintain public safety.

Trump’s impact on America during his presidency is highly debated, but most can agree he has had both accomplishments and failures. While no one has the same opinion on matters such as this, I hope I have provided you with a basic understanding and overview of Donald Trump’s time in the White House. Even though America is divided in red and blue, let’s stand together for these next four years in our country’s ongoing, rich history.