Reflection: Why Shenyang might be the center of the “second wave” in China, and how it will be handled. 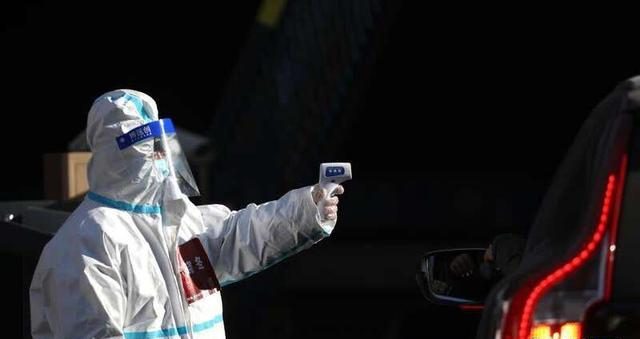 On January 4, the staff prepared to take the body temperature of the personnel on the vehicles entering the Zhonghai Huanyu Tianxia Community in Huanggu District, Shenyang City. Photo Courtesy of "新华网"

Submit a diagnostic test in a local clinic 72 hours before departure, a second diagnostic test after landing, quarantine for 14 days immediately after that. These are the “standard procedure” everybody has to follow to enter China.

Since the Coronavirus outbreak in Wuhan in December 2019, China has tightened its borders and customs to prevent the “import” of new COVID cases. Additionally, the Chinese authority has carefully monitored the pandemic inside the country to avoid an increase in infections. Despite a recent rise of the patient in several cities around the country, China’s strategy of tackling the virus’s spread – new laws and restrictions on travel, public gatherings, vaccinations, school closures have been controversial but extremely effective in its results. The effectiveness of the policies can be seen in handling the recent increase in cases in Shenyang.

Located in Liaoning province, Shenyang is the biggest city in the Northeast and is also the transportation hub. With a population of 8.1 million socially high-mobile people, the concern of the city becoming the center of the “second wave” has been present since the Coronavirus outbreak. Despite people in numerous Chinese cities (most of them are in the South, except Beijing) experiencing lock-downs and mandatory quarantines, Shenyang remained open but cautious during the year 2020. However, with the most recent Chinese national traveler returning from South Korea, who tested positive for COVID-19 three weeks after her arrival, Shenyang has suddenly become the center of focus in China due to its persistent rise of confirmed patients, and possibly the center of the “second wave” in China.

As millions of Shenyang residents celebrating the New Year, a piece of unsettling news broke out: Yin, a Chinese traveler who returned from South Korea for the New Year to visit her family in Shenyang, was confirmed to have been infected with COVID-19 despite taking “standard procedures .” This is significantly disturbing because Yin was diagnosed three weeks after her arrival, as she became ill on Dec.23rd and was rushed to the hospital. Since the incident, 60 more cases were confirmed in Liaoning, with the most in Shenyang, a city ready for the next month’s Lunar New Year holiday, the world’s largest annual human migration.

In reaction, Shenyang’s government decided to close a majority of transportation route: Highways, Train, Subways. With many planes scheduled for departure and arrival in the city canceled. Numerous hospitals, clinics, supermarkets, shops, schools, and other public gathering areas were closed, essentially locking down the city. Additionally, the municipal government decided to lockdown the area with the most confirmed cases in the city, enforcing a 14-day lock-down order in which the resident cannot leave their home under any circumstances. What’s more, the government has decided to test every resident in Shenyang, with the first round be done by Jan.6th,2021, with rounds potentially possible until the province became “clear.”

The government’s decision to close cities down and enforce strict COVID-19 restrictions has seen effective results as ordinary lives in China have returned to normal: Schools, supermarkets, shops, cinemas, and other public gathering areas reopened. On the other hand, many have complained about such policies’ strictness, especially from people who relied on transportation for income: Taxi, bus, and subway drivers. Nonetheless, despite the controversy of China’s decision to enforce strict restrictions and tighten its border, its results proved extremely impressive.