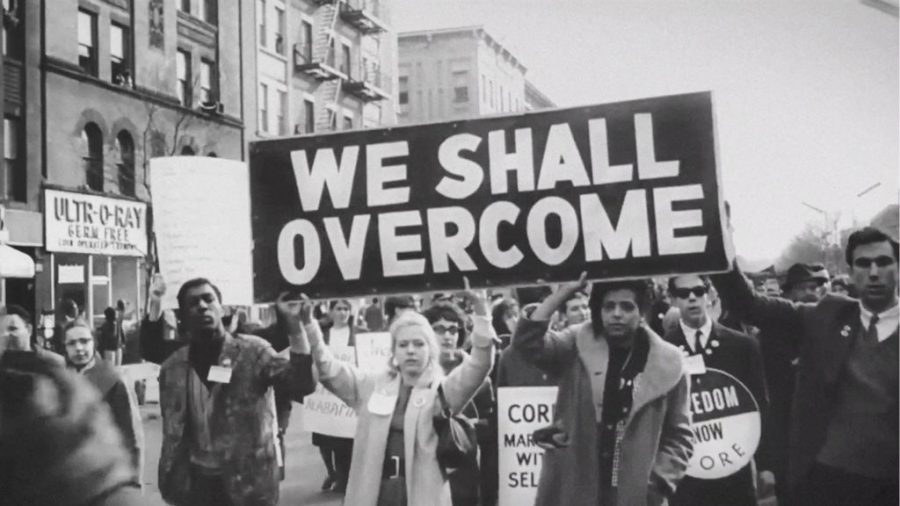 A terrorist incident is a violent act or an act dangerous to human life, in violation of the criminal laws of the United States, or of any state, to intimidate or coerce a government, the civilian population, or any segment thereof, in furtherance of political or social objectives.
A terrorism prevention is a documented instance in which a violent act by a known or suspected terrorist group or individual with the means and a proven propensity for violence is successfully interdicted through investigative activity.

“Black Lives Matter” is a movement that was started in the summer of 2020. This movement was long overdue but the death of George Floyd, a black man from Minneapolis, Minnesota. He was caught at a convenience store paying with a counterfeit bill. Derek Chauvin, a police officer arrived at the scene. Chauvin shoved Floyd to the ground and knelt on his neck for 8 minutes even though he wasn’t resisting arrest. Floyd stopped breathing after 3 minutes. This whole ordeal was videoed and posted to the internet and his death and mistreatment sparked national outrage. Protests started pouring through the streets of all 50 states and over 4,000 cities and towns across America.

I thought it would be necessary to compare the amount of people who are Democrats and the amount of Republicans at BLM protests vs. the Capitol attack. While there are many Americans that believe there is racial injustice and violence taking place in our country, there are also many who believe there is no evidence of racial injustice at all. So in order to figure out the variety, I researched a chart. The chart conveyed that 80% of Democrats displayed anger towards the death of George Floyd, while 59% of Republicans displayed anger. The second section showed that 80% of Democrats showed a longstanding concern for the treatment of black people in America, while 45% of Republicans showed concern. The last section displayed the percentages of people who took advantage of the situation to engage in criminal behavior. It showed that 82% of those people were Republicans and 39% were Democrats. Even though this chart only displays a certain percentage of people out of the total amount who attended, the data is undeniable. I now want to look at the  percentage of democrats and republicans who either support or oppose the Capitol atack. Statista.com conducted a survey of 1,448 American voters to see who was in support of the attack and who was opposed. According to their survey, 96% of democrats oppose the attack, 2% support it, and 2% aren’t sure. The right-wing data is staggeringly different. According to the same chart, 45% of republicans support the attack, 43% oppose it, and 12% aren’t sure.

When the protests took place

These peaceful protests took place in over 4,000 cities and towns in all fifty states.

On May 25th, 2020, a black man named George Floyd was killed by Derek Chauvin. Chauvin was a white police officer in Minneapolis. Floyd was murdered after he tried to use a counterfeit bill at a convenience store. Chauvin put his knee on Floyd’s neck, which is a police tactic that is used for those who resist arrest. According to police protocol, however, this tactic is only supposed to last until the person is no longer resisting arrest and is to then be released immediately. Floyd did not resist arrest, but Chauvin knelt on his neck for eight minutes and after three minutes, Floyd stopped breathing and conveyed that to Chauvin multiple times. After he passed away, news of how he was treated prior to his death spread quickly and sparked national outrage.

Police officers all over the country were given notice about crowds at BLM protests weeks in advance. There were plenty of officers at the scene of the protests armed with pepper spray, rubber bullets, and tear gas. They tear gassed children and adults and shot multiple people with rubber bullets including a teen girl. The police response at the Capitol attack was very underwhelming . There are several pictures showing how the officers treated the pro-Trump rioters. They let them inside and barely laid hands on them at all. One would think that the officers would spray the rioters with pepper spray if they weren’t cooperating, but on January 6th, the tables were turned. Several rioters sprayed the Capitol officers with bear spray before entering the building. Officers were taken to the hospital with moderate injuries.

Our former president, Donald Trump, tweeted during both the BLM protests and the attack at the Capitol. In the summer, riots occurred because people took advantage of police activity at BLM protests. They stole from the Apple store, the Vans store and much more. The looters were not a part of the BLM initiative. Those people didn’t identify with the BLM message and they were solely there to steal and cause destruction. Trump called these looters “thugs” and tweeted that “These anarchists, not protesters, are Biden voters, but [Biden] has no control and nothing to say. Disgraceful. Never seen anything like it. Thugs”. He also tweeted that, “When the looting starts, the shooting starts” and denounced the destruction of property as “domestic acts of terror.”. The message was extremely different when he was addressing the attackers at the Capitol. He made a video from the White House sympathizing with his supporters who attended, saying, “I know your pain. I know your hurt” and added, “We love you” and, “You are special”. Trump also incited more violence by stating that there was a fraudulent election and he understands why they’re upset. Shortly after,  an article of impeachment was issued for the second time.