OP-ED: Why “offensiveness” is good 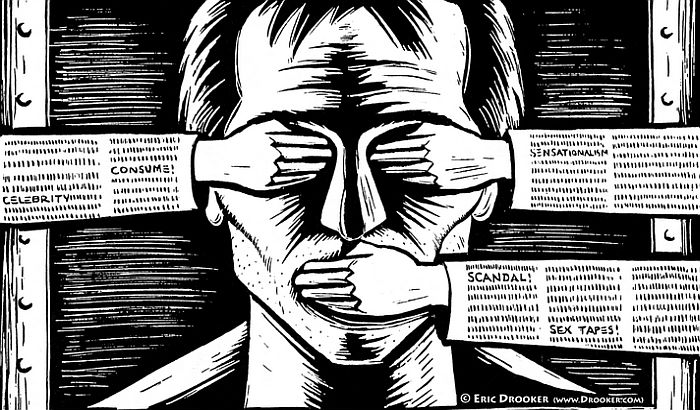 Seven hundred years ago, if someone goes to Oxford University and says that everyone should be able to read the Bible, even peasants, that person would be considered as offensive, he would have been denounced, shouted at, and eventually de-platformed. That was undoubtedly John Wycliffe’s experience in 1382; he was banished from the University for “Translating the Bible into English” as his action was described as an “offence to the ecclesiastical order.”

Two hundred years ago, if someone proclaims that she does not believe in God, she would have been ridiculed, yelled at, that was undoubtedly the experience of Percy Shelly, who at 1811 was banished from Oxford for writing a pamphlet “The necessity of atheism” as her action caused “maximum offence”.

One hundred year ago, if someone proclaims that a man should have sex with another man, he would have been booed, hissed, and eventually, de-platformed. That was undoubtedly the experience of The Chameleon, an openly gay Oxford magazine whose publish in 1894 was “an insult to the animal creation and will have a dangerous influence.” Although these examples come from Britain, similar occurrences happen in the United States. So when people clamp down on “offensive” materials, they are carrying on a very long tradition, a tradition whereby the “creme de la creme” of society take it upon themselves to police the parameters of acceptable thought and speech and to exclude “offensiveness”.

However, in hindsight, one should believe that offending is good; in truth, it is essential as people have always had the urge to offend against the order, the religious order, the moral order, or the societal order. And in the process, they have pushed humanity forward. Almost every leap forward and every groundbreaking discovery is the product of individuals who have given offence, having offended the orthodoxies of their age.

Being Offensive should not be something we have to “begrudgingly” accept, offensiveness is the motor of human progress. Just as Copernicus offended the church as he proclaimed that the Earth rotates around the sun, he caused considerable offences, but he made Earth a better, more scientific place in progress. Offensiveness is the heart, soul, and the spirit of the freedom of speech and the instigator of “Liberty, modernity, science, and understanding.”

It is mournful that today’s people can casually dismiss the right to offend and be offended without realizing that the right they possess are given by people who gave offences, the gift from thinkers whose bravely gave the “finger” to contemporary ideas. So when today’s people argue that “de-platforming is served to protect individuals, we want to protect women from misogyny and racial minorities from racism, so our intolerance is ‘progressive’.” But how progressive is it to say that women cannot do what they please because it would “offend” them, it is not progressive, it is paternalistic. Similarly, how progressive is it to say that racial minorities need these “wise, wise whites people” to “protect” them from harmful ideas, it is not progressive, it is neo-colonialist.

In fact, when people are “protecting” others, they aren’t protecting individuals, they are actually protecting an idea, and it is the most mainstream status quo of the 21st century: the idea of human vulnerability, the notion that humans are fragile and therefore our speech must be policed. It is this orthodox idea which today’s people protect from criticism as surely as the church once ring-fenced their beliefs from ridicule.

Therefore, now it is for anyone who cares for freedom and believes that humanity only progresses through being daring has a duty to be outraged, a duty to speak out against the modern gray conformism, a duty to ridicule the “guardians of decency”, a duty to tell them “f*** your orthodoxies.”