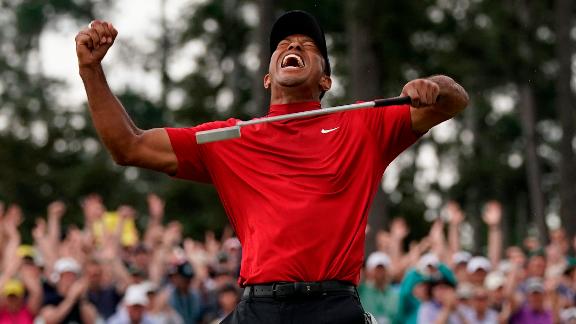 On Tuesday, February 23rd, Tiger Woods, one of the world’s most talked-about and historic athletes ever, was involved in a tragic car accident. The vehicle flipped over multiple times, which could have resulted in a death, but luckily when the ambulance showed up, Tiger was responsive. After the accident, it was reported that “Woods suffered “comminuted open fractures” to both the upper and lower portions of his tibia and fibula in his right leg, as well as damage to the ankle bones and trauma to the muscle and soft tissue of the leg.” When the news broke, everyone around the country went into panic mode as Tiger’s status was unclear for a couple of hours. No matter what your opinion is on the man, it was very apparent that the entire world of sports was taken back and worried when the news broke to the public.

Tiger Woods is from Cypress, California, and began his professional career playing golf in 1996. Tiger is arguably the most decorated athlete that the sport of golf has ever seen. He has 82 tour wins, which is tied for the most of all time, and His majors victories include the five Masters Tournaments, four PGA Championships, three U.S. Open Championships, and three British Open Championships. That is the single best resume of anyone who has ever picked up a golf club. The wins speak for themselves, and many people would say that he is one of the best athletes in their respective sport in history. He has dominated the game for two decades and has been and will be the face of the sport for a very, very long time. When anyone in a particular sport or professional field has as great of an impact as he does, everyone is affected when anything goes wrong.

Woods Impact at 45 years old was most definitely seen on Sunday, February 28th, when many golfers wore the Classic red polo and black pants to honor Tiger Woods and show how much he means to the sport. This is a look that Tiger Woods has had for most Sundays throughout his career. To show his appreciation, Tiger shared how he felt in a tweet. He said, “ It is hard to explain how touching today was when I turned on the tv and saw all the red shirts. To every golfer and every fan, you are truly helping me get through this tough time.”

What matters most is that Tiger Woods is alive and okay. This showed everyone around the country that anyone’s life could be taken away in an instant and to appreciate every moment we have to live. Everyone is so relieved that Woods is alive, and before everyone knows it, he will be rocking the red and black on Sundays again.