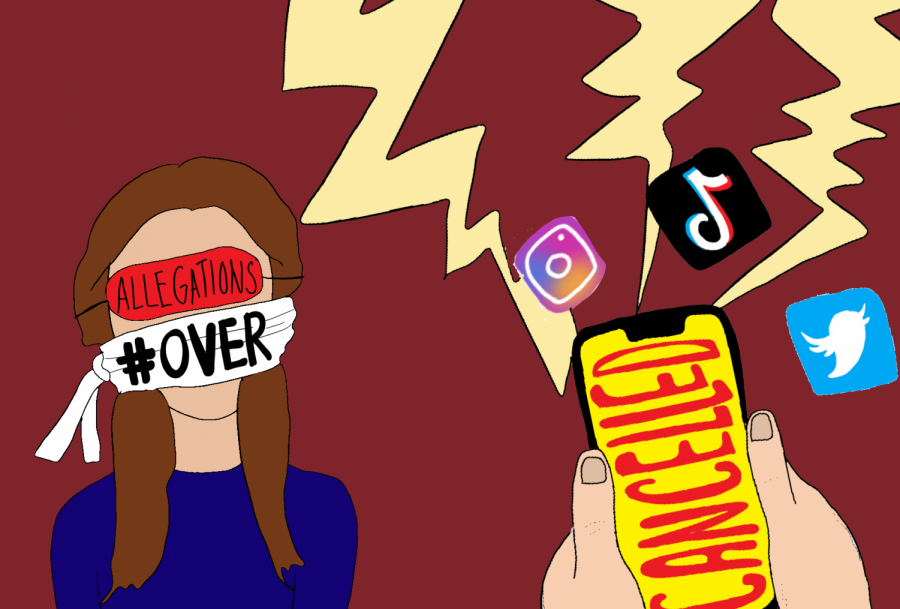 Photo Courtesy of the Portola Pilot

Cancel culture is growing in popularity rapidly as more and more teens are taking to social media platforms to advocate for change and equality in the world. The basis of cancel culture is when several people call out negative behavior that a content creator or celebrity has exhibited in the past online as an attempt to either educate, unpopularize, or deplatform them. This method has been highly successful, especially on opinion sites such as Twitter, where debates can start in 280 characters and ruin a celebrity’s entire career, and it has proven helpful to draw attention to toxic behaviors that are not allowed to represent our world today. However, the definition of cancel culture has blurred over the past few months, and what used to be a powerful tool to make sure the Internet is filled with positivity and inclusiveness has now turned into a war of ideals where content creators aren’t safe from having their fame taken away at the slightest wrong step.  Is cancel culture really that great anymore? What’s the line between helpful callouts and harmful ones? And will controlling the online world to fit our demands be Gen Z’s lasting legacy?

Cancel culture, also known as callout culture, has become a very important part of society today, especially since it uses social media, one of the most used communication platforms, to work. Cancel culture is a brilliant idea at its core, for it replaces a faulty justice system that doesn’t always strive towards equality and it allows for the majority of today’s world to speak up.  But today it’s not that clear or easy. Now, this system gets a bad reputation even among modern-day teens for being unreliable, confusing, and often misused.  It only takes a single step out of line and a creator may be at risk to have their titles revoked over the smallest things.  For example, on February 15th, 2021, Karl Jacobs, a popular YouTuber and Twitch streamer, was cancelled for replying “hello” to a post by K-pop girl group LOONA.  He lost many fans simply for interacting with another creator who had a much more protective fanbase.  Is this what the power of social media is being used for?  Conforming creators who are just as human as we are into bubbles based on standards that they might not be familiar with?

Celebrities are often huge models, especially online, to younger people.  So it’s inspiring that teens are standing up for the positive images they want to see portrayed and making sure that celebrities don’t spread negativity or hate through their platform.  That’s a huge benefit of cancel culture, but it’s also a downside, because people’s pasts have been dug up and used against them.  While it’s important to acknowledge that if a person has been offensive to a group of people through things they’ve said or done it’s up to that group to formally accept any apology, it’s also important to know that things in the past often don’t represent a celebrity today.  Some things cannot be forgiven (at least fully), like rape or abuse or open racism.  But the past was a different, less sensitive or “woke” time, and it’s unfair to judge people based on how they acted back then.  It’s up to us, the new generation, to educate them on what the world is like now, but cancel culture has turned into judging people based on old standards that wouldn’t fly today.  No wonder many celebrities have begun to delete their old posts.  They could lose their job and their status at any moment.  There’s no clear line between what was a “dark joke” back then and what is now “racism” or something along that line.  With no clear knowledge as to when something could suddenly be considered offensive by our modern generation, content creators are forced to walk on eggshells every single day–and if they mess up, even the most genuine apologies might not save a career formally built on positivity.

Cancel culture is not inherently good or bad.  It’s a testimony to the sensitivity of Gen Z, both positive and negative.  It’s shown how aware we are and how we can achieve a lot using social media.  But it’s also shown that we haven’t yet grasped what we stand for in ideals and the reality that content creators are human.  As bad as their behavior can be, cancel culture has proven to be more of a trial to the people who wield it than to the celebrities who are its victims.  It’s an experiment that, as we continue to develop it, will show just how far our generation is willing to go to advocate for a better future…and how far we’re willing to push the boundaries of morality.