The Importance of a School Newspaper 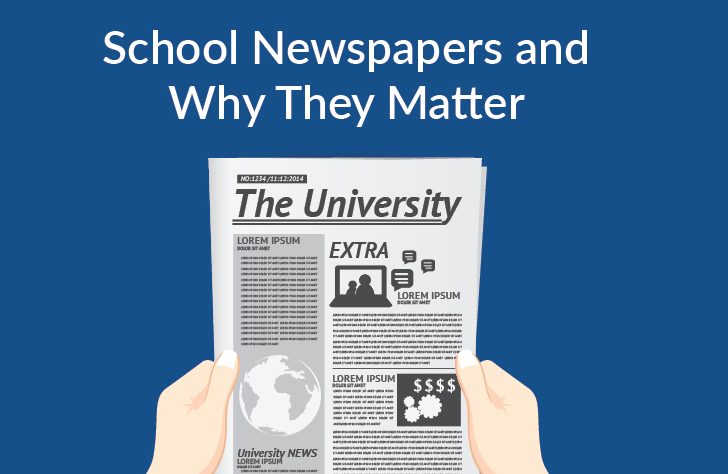 Photo Courtesy of the Graduation Source

Here at Viewpoint, we are privileged to have the resources for a school newspaper in which we students get to voice our opinions about what we are passionate about and also update our student body about any new and exciting things that are occurring. When we sit in a place of privilege, it’s difficult for us to realize that some kids don’t have the same opportunities as we do. We don’t realize that there are kids just like us who attend schools that can’t afford to have a school newspaper or they don’t have teachers who are willing to put in the effort to make it happen.

My uncle, Dennis Mihalsky, is an English teacher in downtown Manhattan in New York. He teaches in Washington Heights, an underprivileged area in the downtown. As he started teaching in his first year at the school, he realized that they didn’t have a school newspaper. He said that he, “noticed a lot of students weren’t too aware of what was going on in the world and how media works. [He] thought it would be a good idea for them to learn about that and [he thinks] the best way to learn is by doing.” By his third year, he was determined to make a difference. He embarked on a journey to bring school newspapers to every public school in New York City. He started a GoFundMe and that effort eventually expanded into creating a non-profit organization called, “Students Disrupting”. “Having student-run media in schools gives young people a voice to speak up.”, he says. “[He] saw the benefits of what happened in [his] classroom and it’s just a disservice not to have it in every school.”

Not every school has the opportunity to have a student-run newspaper. New York especially struggles with this issue. According to politicsny.com,

12.5% of New York City public schools have a school newspaper, while 87.5% do not
There are 1,700 schools in NYC, 1,500 don’t have student newspapers
of the 1.3 million public school students in NYC, 1 million have no voice in school. Also, Brooklyn is last among the 5 boroughs of NYC in having public schools with newspapers

These statistics are shocking. There are so many schools in New York that don’t have a newspaper. This lack of representation causes a lack of motivation from the students and it’s also very damaging for the overall morale of the school. School spirit is very important in a learning environment. School is boring for a lot of kids, including myself so, when I see an announcement in my newspaper that a rally is taking place or even a dress up day, I get excited to go to school. I also enjoy reading articles from students at my school. I love listening to their points of views on topics that I follow and am passionate about. When schools have newspapers, they spread school spirit and also give the students an opportunity to write to their peers about their passions and or things they want to shed light on. In my opinion it is very important that we give all students an equal chance to express themselves in order to help them grow and mature. School newspapers are also a great way for students who possibly feel lost to discover that they are passionate about writing. We as a nation need to help those who are less fortunate and raise money for all schools to have a newspaper. If you would like to help spread awareness or donate to my uncle’s non-profit organization to help get newspapers to underprivileged schools in New York, visit this website.