Film During the Pandemic with Mr. O 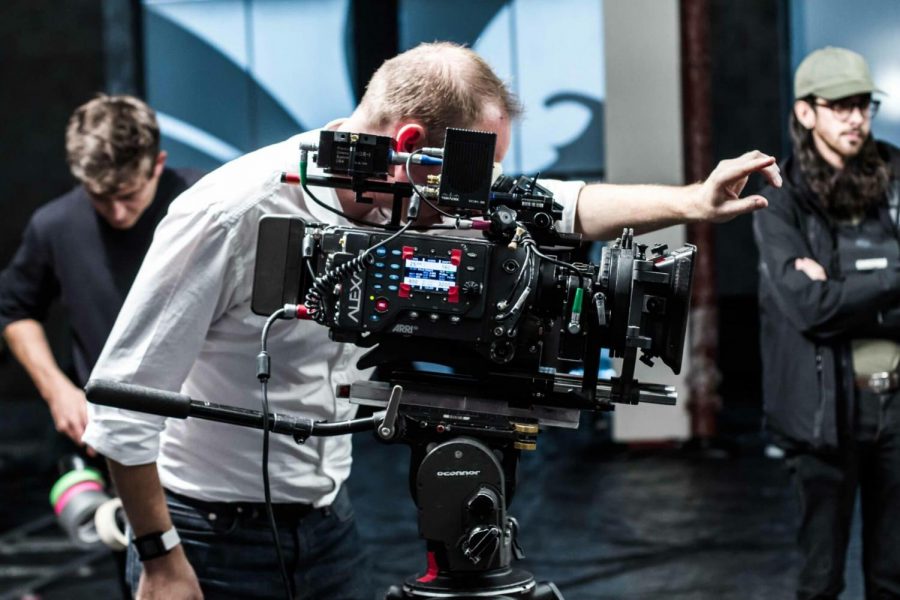 Film during the Pandemic is a new Patriot series that will interview students and teachers regarding film class during the pandemic (this is issue #5). Mr. O teaches Film IIs and Documentary at Viewpoint School, among other subjects. He has helped students improve their film skills tremendously to the point in which they win awards at festivals.

Author’s Note: I highly recommend that if you enjoy filmmaking, you should sign up for the documentary class, because it’s fun, and improves your filmmaking skills, but it is also a chill class, too. Also, if you are scared of taking two film classes, you’re crazy, the workload is perfectly manageable. Lastly, if you are upcoming Juniors and Seniors that do not want to take Film I, but are interested in film, this is a perfect opportunity!

What was the process of making a new film class? How supportive was the school in expanding the arts programs?

I have a history as a documentary filmmaker, and it was the kind of thing that I was trying to introduce in my classes. I was introducing documentary film by putting a documentary unit in my Film II classes and my middle school classes. Mrs. Dunn, the chair of the film department, was very supportive of that and she saw the need to add more film classes in the upper school so it worked out great. It’s a process to get a new class approved, firstly we needed the approval of the department chair, which we had. Then she as the department chair was able to take the proposal to the education committee, and the administrators approved it.

Do you think that this new Documentary class was given a fair shot in the pandemic teaching world?

I think it has been very hard to make films this year under these circumstances in the industry and in school. Partly because one of the main things about filmmaking is collaboration, so when we were not able to be in the same space, it was really difficult. I think the class was given a fair shot, and one thing that showed that the school was supporting the program in the pandemic was the purchasing of the lapel mics. I was able to go to the school and say that I would like a piece of equipment to send to each of my students, and since the students are filming their movies on their phones one way to improve the quality of the movie is to have better sound. I think the world made it difficult, and the school helped out.

How have the students enjoyed the class in your opinion? How did this class benefit students who are looking into a career in film?

It is really difficult to tell how engaged the students are online. I think my class had a good time and we learned a lot, but at the same time I understand that students would be frustrated in general due to the online learning. Also, in terms of benefits for students who are looking into a career in film, documentary filmmaking is a quite a different beast to narrative, fictional, film, and television production. I think it opens up a really wide range of jobs for independent filmmaking and journalism and other jobs that would not be the center of our class otherwise. I can also see in the students that the students think about film in a whole different way, because of how we make and produce our films are different from Film IIIs and IVs.

What new equipment did the school supply to the documentary class?

The main piece of equipment that the school supplied the documentary class that was extremely helpful was a Canon C100 Camera and a set of prime lenses. That will drastically improve the quality of films that will be produced in that class going forward. I personally picked out that camera, because it is very suitable for documentary filmmaking.

Is Documentary class going to run next year?

As far as I understand, the class is going to run next year. I do not know how many different blocks the class will have, this year there was only one block, but if people are interested, I would be happy to run more than one documentary class block. I would love to run this class as much as I can, the class had a great time and we learnt a lot. It’s important to note that there are no prerequisites for this class.