How to criticize Israel without being antisemetic 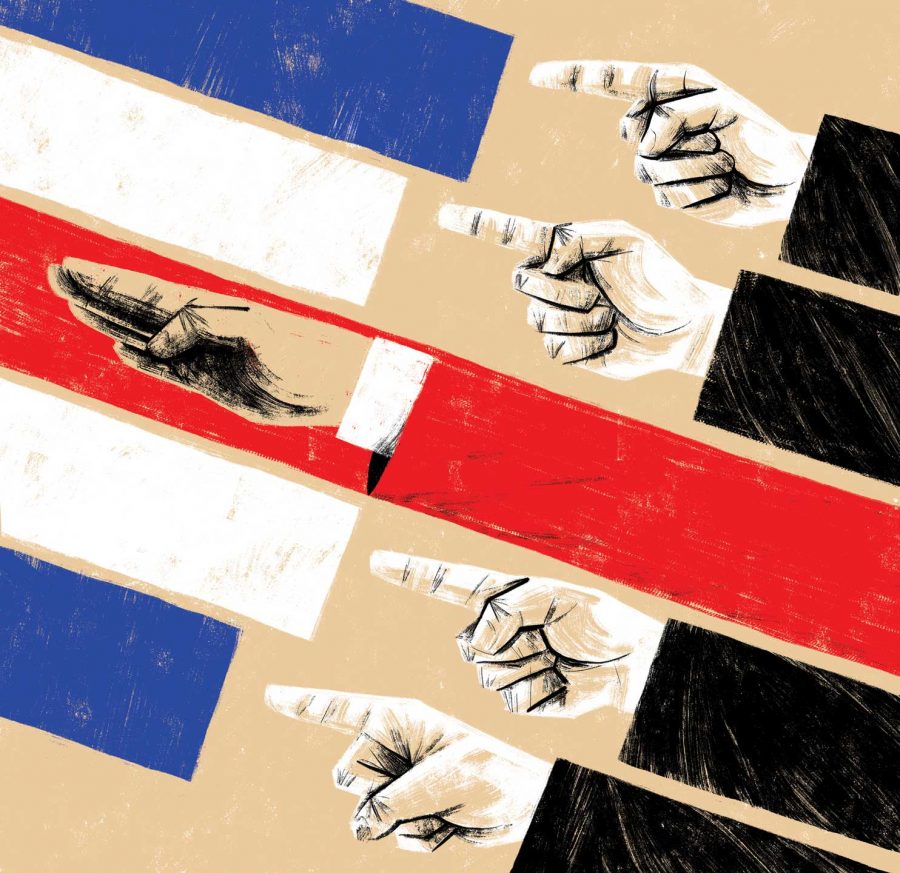 Several weeks ago, The Israeli-Palenstinian conflict  reached newer, dangerous heights. Tensions remain high between Israeli’s and Palestinians living in East Jerusalem, Gaza and the West Bank. Currently, Gaza is ruled by a Palenstinan militant group called the Hamas, which launched 470 rockets at Jerusalem on May 10th. Right now, Palestinians say they are suffering because of Israeli actions and restrictions. Additionally, Palestinian families in East Jerusalem have been continuously threatened with eviction, most notably in the Sheik Jarah neighborhood. Israeli retaliation strikes, mainly bombardments of the Gaza strip, have destroyed homes and have killed at least 119 Palestinan men, women and children. Israel has reported at least 7 dead.

This conflict is tragic, complex, and hard to make sense of. Both Israel and Palestine have claims to the territory. With the newest aggressions, we see people on both sides of the conflict defaulting to look at the other as the only attacker, without understanding the deep and complex history of the conflict. Adult predilection is simplifying the issue. Social media has contributed to a deluge of false information, often catering to only one point of view. This has created a new spread of antisemetic tropes, because people fail to recognize that one can criticize Israel without holding all Jews responsible for the conflict. Not everyone agrees with the policies or offensives of Benjamin Netenyahu, the Prime Minister of the Isareli government.

As one of the longest ongoing modern conflicts, Palenstinains and Isareli’s have been fighting over terriotory since 1948, after Jews fled Nazi persceution or were displaced by World War 2. In 1947, the United Nations voted for Palestine to be separated into Jewish and Arab states, with holy Jerusalem as an international city. The plan was implemented under Jewish leaders but rejected by Arab leaders. Because they were unable to solve the problem, British rulers left the country and Jewish leaders declared the State of Israel. For Jews, Israel is and was seen as their ancestral home, necessary because it was one of the only places that acted as a sanctuary from persecution and antisemitism. However, Palestinian Arabs had been living on the land for years. This conflict led to wars known as “The Catastrophe, “ which ended in Isareli control of most of the territory and Palestinans forced out of their homes. The conflict has been on-going since then, with several wars, territorial shifts and abandoned peace talks.

Israel is not blameless in this conflict. Benjamin Netenyahu, the Israeli Prime minister, has taken advantage of the chaos by perpetuating right wing policies, as well as milking the latest escalation in the conflict to look like a determined leader who is tough on terror. The latest escalation in the conflict occurred after Hamas and Palestinan Islamic Jihad groups first fired the rockets. Israel has an “iron dome” rocket interception system which intercepted about 90% of the rockets. Gaza has no similar defense system, meaning that many of the bombs hit civilian targets, as well as the Associated Press Building. It’s clear that a decades-long conflict depth and complexity mean that there’s a variety of opinions and views on the situation. However, taking to social media to discuss the conflict has spread false or unchecked information. Commenting, “Free Palestine” or “Free Isarel” on Muslim or Jewish creators social media pages does nothing to help the issue, especially when an individuals’s content has nothing to do with the crisis.

It’s also important to acknowledge that the Hama’s have violent origins, with its main goal calling for the eradication of the state of Israel. In May, a Palestinain flag emblazoned with the Nazi symbol was placed at the Gaza strip. This doesn’t mean that all Palestinans are extremists, or all Jews are power-hungry annihilators, because in reality, many people want peace. Criticizing the Israeli government to bring Palestian oppression to light is necessary, because one cannot pick and choose whose human rights matter more. It is not in any way anti-semetic to support Palestine, however it IS antisemetic to blame the conflict on the Jewish people. Demonization through using anti-semetic tropes or stereotypes in language and political cartoons has grown increasingly this past week. Accusing Israel/Jews of controlling the media, comparing Israeli Jews to Hitler or saying that “Hitler was right,”, all go along with this same demonization. When criticizing Israel it’s important to remember that believing in the right for Israel to exist as a Jewish state and for Palestine to exist as a palestian state are not mutually exclusive. Lastly, equating all Israeli’s or Jewish people with the actions of the Israeli government, or assuming all Israeli’s or Jews support the current administration, is blatantly wrong. We can do our part by calling attention to oppression and injustice, but by accusing an entire cultural minority for a country’s crimes only perpetuates the vicious cycle of anti-semetism.

It’s clear that this is a humanitarian crisis, and Palestinian people should not be forced out of there homes by the Israeli government. The Isareli counter offensive harmed innocent people. To speak on the issue, use your personal platforms to share factual information and opportunities to help and donate. Infographics insinuating the blood libel, Isareli media control and other anti semetic tropes take away from the severity of the issue because in reality, people simply need help. Criticizing the Isareli government is possible, but is able to be done without perpetuating anti-semetic tropes. Coming from a Jewish teenager, my heart goes out to Palestinians who have lost their homes, family members and lives. Advocating against oppression and for civil rights is key in creating a hopeful future for people who have been displaced by violence and conflict. However, it’s important to be aware that false information and the spread of anti-semetic tropes in response to the conflict places wrongful blame on the Jewish community, creating more harm than good. There is no “good” side of war and civilian death, no matter who it happens to.