The Truth Behind Abuse in America’s College Fraternities: Reflecting on the FIJI Frat House Scandal 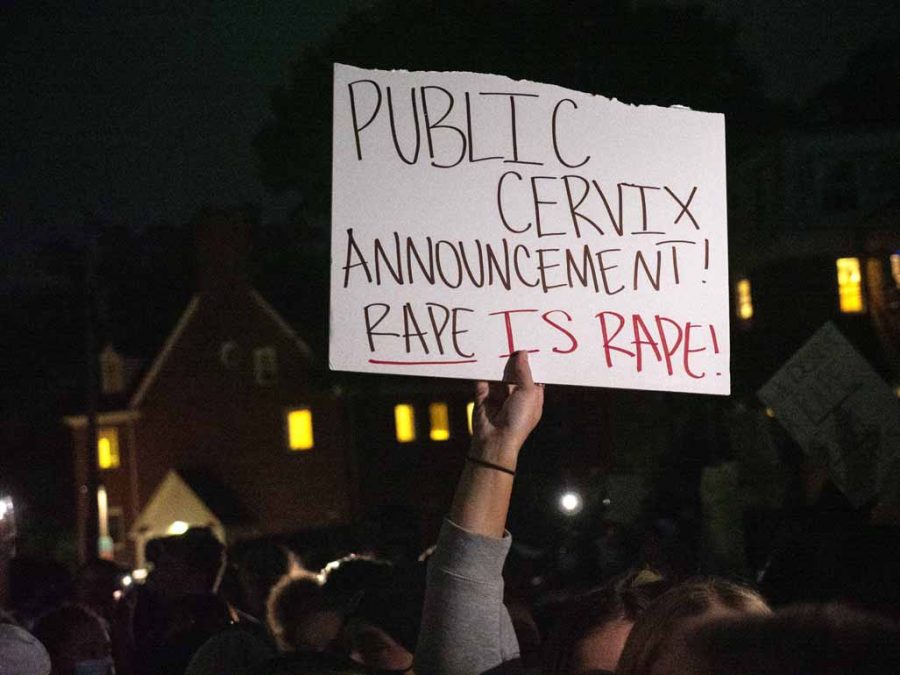 Scenes from a protest against University of Iowa’s Phi Gamma Delta fraternity, also known as FIJI, on Tuesday, Aug. 31, 2021, in Iowa City, Iowa.

The Fiji Fraternity house (Phi Gamma Delta) is a college fraternity located at many universities, one of them being in Lincoln, Nebraska. A recent rape scandal was bright to light through social media, involving Max Helm, a 19-year-old Fraternity member, and a 17-year-old female whose name is not being released. An individual called the police to report the rape at 3:47 am on Tuesday, August 24th, although the rape occurred on Monday night. As of now, no arrests have been made. Max left her body on the lawn of the frat house bloody and unclothed. This case was the 103rd rape case reported to the university police since 2005. Unfortunately, this story of sexual assault is all too common in Fiji houses all over the country. They are infamously known as a dangerous fraternity house and one that women should avoid due to the rapes that have taken place there.

Protests began on Tuesday, August 24th, around 10 pm after news of the rape spread via word of mouth and on Snapchat. Students of the University of Iowa peacefully protested outside of the president of the University’s home and were heard chanting, “Hey, hey! Ho, ho! FIJI has to go!”. In 2017, Phi Gamma Delta was shut down for harassing people peacefully protesting in the Women’s March. An investigation revealed multiple university code of conduct violations at the house, including reckless alcohol abuse, hazing and sexual harassment. During the march, the men a part of the fraternity were also caught chanting, “No means yes!”. Although the University police suspended Fiji while under investigation, they should be shut down and banned. As of now, there are 148 reports of sexual offenses, including rape, attempted rape, and sexual assault. Several of the alleged incidents took place at fraternity houses. Eighty of the cases from the past five years remain open. This means the police and prosecutors are aware of their assault but decided that the women aren’t a large enough priority.

As a 17-year-old female, I could never imagine being in this young woman’s position. This young woman was emotionally traumatized and will continue to suffer for her entire life. Max Helm, however, was flown out to Mexico shortly after news broke of his assault. Even worse, his parents were the ones who chose to fly him out. The lack of accountability displayed in this case by the police, the school, and Max Helm heavily reveals FIJI and University of Nebraska’s toxic and pathetic culture.