Not Your Objects: A piece on Sexual Harassment 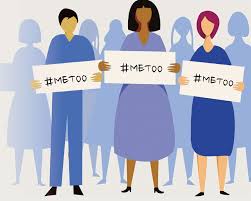 I was fourteen years old on a trip to New York after my middle school graduation. I was ecstatic for the trip, the prospect of fun and opportunity at every corner. I was walking through Times square with my friend and her grandmother, this was the first time I encountered the predatory behavior that would follow me for the rest of my life. Men in their 30s and 40s whose eyes I could feel follow me though the brightly lit street. This behavior from men in my life has only grown worse and more normal in my day to day life. From when I was dancing at a concert with my friend and some guy in the row behind me grabbed my hand and kissed it, to the times where men have stared at me walking by and leaned out of their cars to yell something at me. The all-familiar gross feeling I get when I feel uncomfortable in my own skin after whatever disgusting comment was made, even though it was nothing I did wrong. 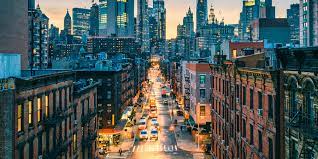 This behavior men exhibit has become normalized in our society, and women have been the ones told how to manage or handle it. Us, the people who can’t walk down the street without being harassed, are the ones being told how to deal with it. This is simply not a women’s issue, it’s a men’s issue that women have had to pay the price for.

What I’ve noticed about being a young woman is that we are constantly told what to wear and how what we wear is responsible for the reactions and comments we get. This is one of the most toxic roots of this societal issue. Women will be harassed and told what and what not to wear no matter how they are dressed. When we wear clothing that is revealing, we are told to cover up and “leave something to the imagination” but that phrase “leave something to the imagination” goes to show that us women will be sexualized even when dressed modestly. It means even if you are covered head to toe men are still sexualizing you by imaging what those covered parts look like.

At any age being a woman walking alone is scary. This is why we are always told to walk in groups or always park in lit up spots. When we are at parties we are told to abide by the buddy system and always watch your drink. These “rules” that have been ingrained in us since the moment we start going out. If we can teach young women these things from a young age, why can’t we put the same effort into educating young men on how to be respectful to women and treat them with the respect they deserve as humans? This is a deeply ingrained issue when it comes to educational institutions who consistently cover up events of sexual assult and rape, especially when it comes to students from wealthy families. Institutions value the zeros next to the dollar sign more than then an assaulted, traumatized young woman.

It’s our job as a society to change these behaviors that should have never gone on in the first place. Stop telling women that how they act or dress is the reason they get assaulted, cat- called, or sexualized and start making men take responsibility for their horrid actions. This should start from a young age in boys where we break the stigma around sexual assult and raise our children with the “radical” idea that women arent sex objects for men to do or say whatever to with zero consequences. Break the disgusting traditions society has normalized. Remember that little girls are sexualized and harassed often even before they start puberty, now tell me how that’s not an issue we should all care about. How many more girls and women need to be assaulted for people to care?