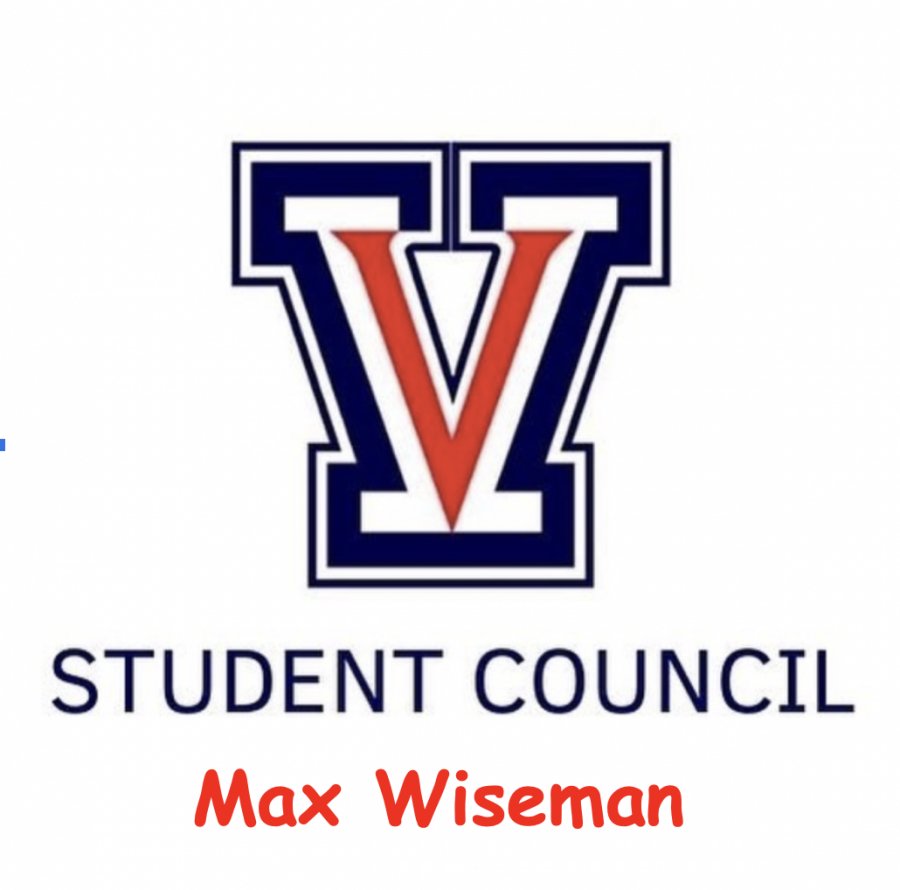 The incoming senior Max Wiseman (23’) has announced his campaign to contest in the 2022-2023 Student Council Executive Board President race. Wiseman will compete with Grant Humphrey, Bobby Morrow, and Violet Kaltman. In an email interview with the Patriot, the candidate details his ambition and plans for the highest office in the Student Council.

“I am the Captain of the Varsity Boys Soccer team and was able to organize morning practices by communicating with my coaches and my teammates from the team,” writes Wiseman when asked about his experience in leading a diverse group of students. “I am able to bring together big groups of people like I was able to at the basketball games and on the soccer field.” Wiseman sees himself as a unifying figure and is hopeful that he can translate his leadership skills from the soccer team to the student council.

Wiseman’s biggest focus is on student events, “ I am most concerned about Homecoming and Prom. The students deserve to have memorable experiences with their peers at an enjoyable venue.” Indeed, Viewpoint students were not able to attend their dance at an outside-of-school venue for the past two years, due to COVID restrictions and policies.

The presidential candidate cheers Viewpoint’s diversity and talent but believes that the community should see student representation as critical in improving student council legitimacy, “ One of the other things I am concerned about is the representation among the student body, we should take more days to acknowledge and celebrate the rich cultures that are at our school.” Wiseman believes that Viewpoint School deserves “[a better] Diversity Day by having better keynote speakers and more hands-on workshops.”

Indubitably, Wiseman’s electoral history has drawn attention; Wiseman ran for tenth-grade class president against Bobby Morrow, but the result was in Morrow’s favor. This year’s contest sees the two former class candidates face-to-face once more, albeit in a mouthwatering race with significant implications.

Nevertheless, Wiseman is known for his enthusiastic spirit, especially demonstrating his passion during sports games; Wiseman believes that the position of President “gives me the opportunity to really get the students enthusiastic about school spirit, so by using that school spirit to our advantage it will show the administration the interest that there is.” Wiseman wants to energize students and foster a school spirit, which, according to him, is integral to Viewpoint’s cohesiveness.

Max Wiseman has released his campaign slogan, “Let this Wiseman take our school to the Max!”

Max Wiseman will present his candidacy to the entire high school community on April 28th, the day of the Executive Board election. Wiseman will speak to upper-level students in a platform that resembles the first time Viewpoint School has conducted such an assembly after return-on-campus teaching. If elected, Wiseman will replace the graduating senior H.H. Landau as the head of Student Council.