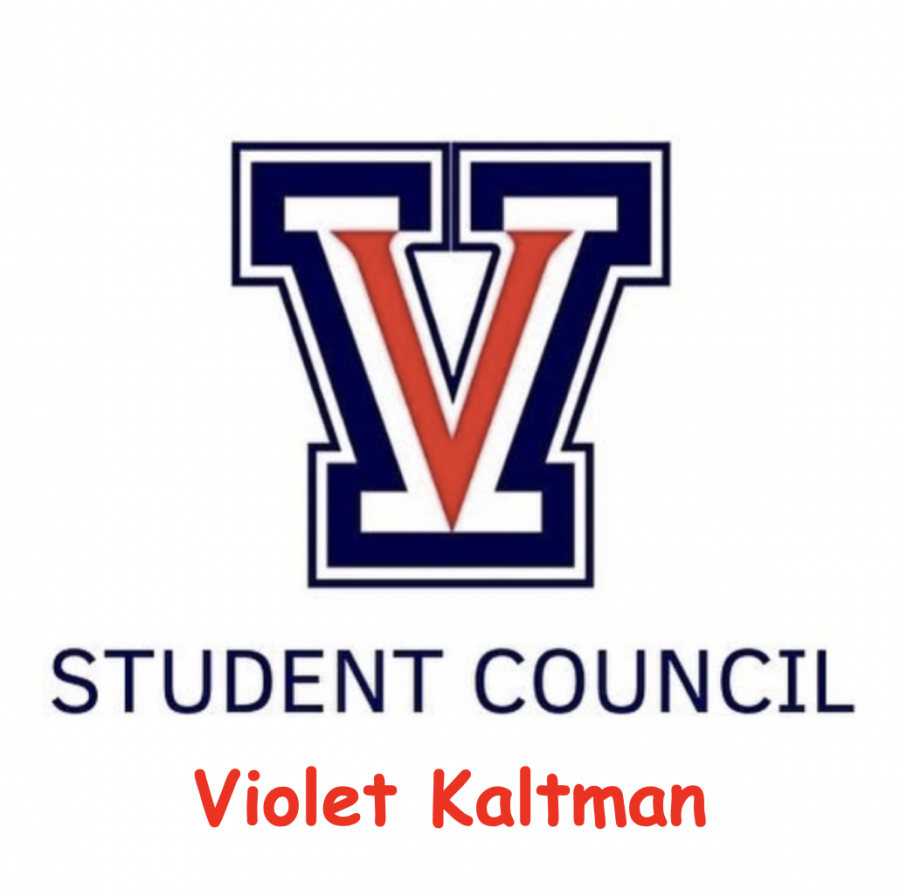 Violet Kaltman (‘24) describes herself as an out-of-the-box thinker.  “Where most would zig…I zag,” the rising junior writes in an email interview with the Patriot.  “I think the office of president demands creativity and fearlessness.”  This is a role she is determined to fill, campaigning against Max Wiseman (‘23), Grant Humphrey (‘23), and Bobby Morrow (‘23) in Thursday’s Executive Board Student Council election.

Kaltman has been at Viewpoint for eleven years now and is willing to put her experience to use.  “I’ve served as VP & President of the middle school.  I still feel like there are many more ways we can dramatically improve our peace of mind and our lives as Viewpoint Students.  I’m ready to drive it forward.”  She’s also served as a class officer in this year’s Student Council, applying her creativity to propose ideas such as new food bar options for Kitchens’ Kitchens.

If elected, she promises that she will immediately address student concerns.  She also wishes to address three issues, listing them as student parking, the dress code policy, and the possibility of creating video archives of classes, the latter of which being an idea she brought up during her unsuccessful 10th grade presidential campaign last year.  Kaltman knows that just those three concepts are tough to tackle, but she believes she’s got the determination and says she is “ready to drive it forward” on behalf of the student body.

Lastly, Kaltman wishes that students understand the close connection that could be possible between administration and the student body–if the conversation is done correctly.  She believes that she could facilitate this conversation as president.  “The administration is just a committee of human beings.  They were students once themselves.  I believe a successful lobby is possible simply by appealing to their sense of student compassion backed up by logic and reason,” she writes.  However the conversation goes, Kaltman wants students to be unafraid to ask for what they want, always using empathy, logic, and understanding to make relations between staff and student more effective.

The Executive Board elections are Thursday, April 28th, at the PFAC during I-Block.  Students will be able to vote in their new president based on the policies they’d like to see implemented.  Violet wishes to campaign for all ideas that the student body champions.  As her slogan states, “The future is yours, dream on!”.