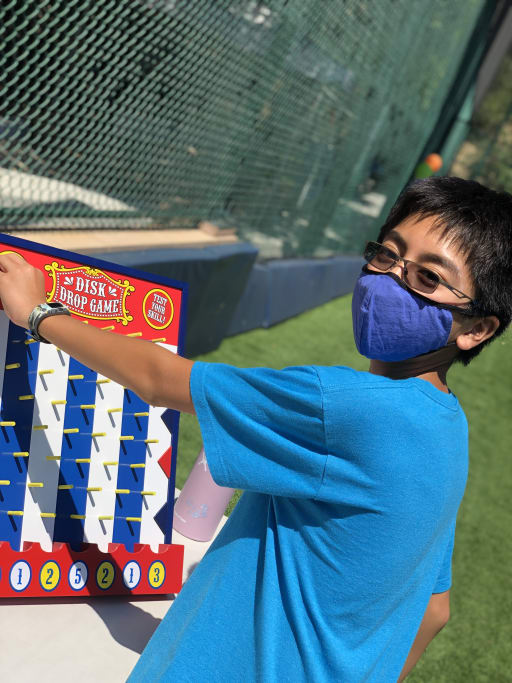 After a two-month interim, Viewpoint School has reinstated its indoor mask mandate.

In an email sent to Viewpoint student families on May 23rd, the head of Viewpoint School, Mark McKee, announced that Viewpoint School would reinstate its indoor mask mandate following a surge in positive COVID cases.

“Over the last week, we have seen an uptick in positive COVID-19 cases in Los Angeles County, as well as an increase in our Viewpoint community (up to 15 cases among students and employees in our Middle and Upper Schools, from 3 cases the week before),” writes McKee.

Viewpoint’s indoor mask mandate was previously dropped on March 14th following Los Angeles County’s announcement that it would drop its mandate on March 12th. Since then, Viewpoint School saw only a tiny fraction of its student population wearing masks, whereas more faculties continued to mask themselves. Viewpoint School’s announcement ended its two-month interim of relaxed mask policy.

“The Viewpoint COVID Task Force decided [reinstating mask mandate],” says Don Anderson, who serves as the Director of Campus Safety and Security. “We do weekly evaluations on the COVID situation on campus, and due to the surge of positive cases, we (the COVID Task Force) jointly decided that such measure is appropriate.”

Viewpoint School follows the Los Angeles County Department of Public Health COVID-19 Guidance, which has not changed its indoor mask mandate recommendation since March 12th. “However, we also have some independent decision-making ability. Despite the [LA County’s] guidance, we can still adjust our policy accordingly, but not against the guidance,” says Anderson in an interview. “And now, since there’re no mandates per the county, we implemented an indoor mask mandate to ensure our community is safe and to protect end-of-school-year events.”

“We enjoy a professional relationship with the LA County Department of Health,” says Anderson. Following a week since the announcement, Viewpoint School continues its mandate for the second week. “We cannot speculate on whether Viewpoint will maintain its mandate till the end of the semester; we can only see what’s happening this week and react to it.”

Anderson says that despite LA County’s lack of weekly COVID diagnostic test guidance, students who receive emails learning that they are in close contact with students who tested positive must take antigen tests three to five days after the notification, and continue to wear a mask ten days after the last exposure. Students can always ask for a test kit if he or she wants one, “we have a sufficient stockpile of antigen tests for all students.” Anderson also encourages students to test themselves weekly (if they are symptomatic) and report to the school if the result comes out to be positive, “antigen or PCR test results are both acceptable.”

Viewpoint seniors and juniors enjoyed their prom on May 21 and rumors of students who tested positive after the event soon spread, “the School cannot comment nor disclose the information of people who have COVID since it is a sensitive and personal issue; the individual can reveal that if they so choose,” says Anderson.

Viewpoint is one of the San Fernando Valley schools that kept its teaching in-person. Mr. Anderson believes that the COVID task force’s work contributed to that status considerably, “we are proud of our response; other schools have been closed, but ours’ remained open for the majority of the pandemic. In addition, LA’s Health Department inspected us several times during the semester and commended our effort and work.”