Ms.Hunt to depart Viewpoint after 11 years of service 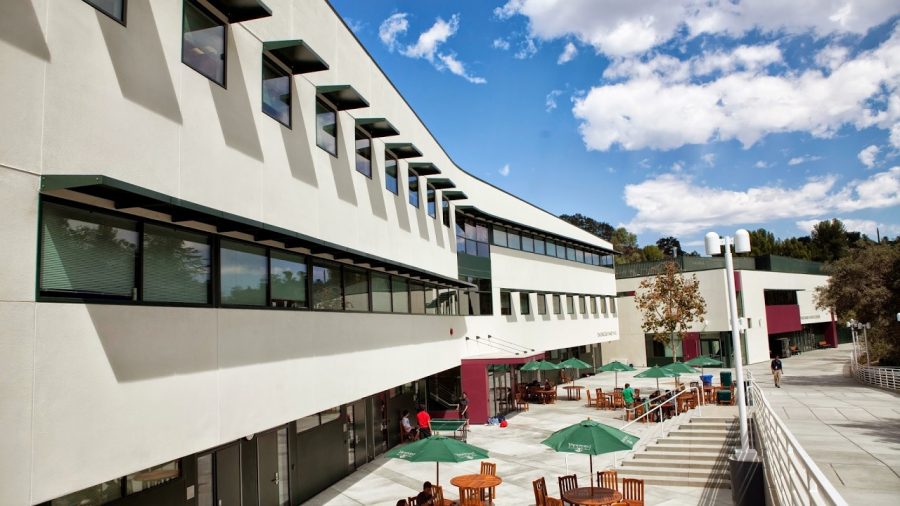 Head of Upper School Alan Howie announces that assistant head of upper school Ms.Hilary Hunt is set to depart from her position.

It has been confirmed – that Ms.Hilary Hunt – the assistant head of Viewpoint Upper School, would quit her status as a Viewpoint faculty after 11 years of service, the head of Upper School, Mr.Alan Howie, confirmed in an email on May 27th.

“I am writing to inform you that our beloved Ms. Hunt will leave Viewpoint at the end of this school year in pursuit of adventures beyond the Los Angeles area,“ Howie writes.

Hunt began her time at Viewpoint teaching biology and environmental science, later transferring into the leadership role of 9th-grade deans, ultimately landing her position as the assistant head of Upper School, replacing Cisco Dilg as the sender of the daily bulletin.

“This has been a great place to grow, both personally and professionally, and I am very grateful for that,” said Hunt in an interview with the Patriot.

“I’m going to miss everybody terribly, and everybody at Viewpoint, including the students; it’s been an incredible part of my growth; it’s just… a part of me in a way that nothing else will be. So I will miss everybody, especially the class of 2022 – I was their ninth grade Dean – and they are now graduating.”

Following her decade-long spell, Ms.Hunt is moving to Seattle on a journey to fulfill her longtime dream and start an MBA (Master of Business Administration) program in the fall. “I like that [the difference between Seattle and L.A.]. I actually never wanted to move to L.A. in the first place; it was not my goal to move here. But I came here for an interview because somebody said I should, and I fell in love with the school and stayed,” Hunt later jokes about her lack of affection for the city but profound connection with Viewpoint.

Hunt’s replacement is Dr.Eric Steiger, the current Dean of Upper School students, who served eight years as a Viewpoint history teacher and the Dean of eleventh-grade students.

“I have worked with Ms.Hunt for eight years since I arrived here,” Steiger told the Patriot, “it seems like she’s been here forever by the time I met her. I’m going to miss her like crazy; I turned to her for advice and guidance along the way and learned so much from her. Unfortunately, the school will miss out on the things she brings.”

Dr.Steiger will see his position at Viewpoint School change for the second time in two years. Taking the role of the Dean of Upper School students, Steiger told the Patriot earlier in the year that he would learn about his position, and now he is looking to the same with the role of assistant head of Upper School.

“Just like this year, it’s me learning a new position while I’m doing it. You know, I wasn’t necessarily looking to change position so soon; I’m still getting used to this one, but I’m looking forward to doing a good job.”

With Steiger replacing Hunt, Viewpoint School will begin searching for a new Dean of Students and has already interviewed potential candidates. The school will release its selection to the Upper School community at an “appropriate time.”