The wonder that is John Mulaney 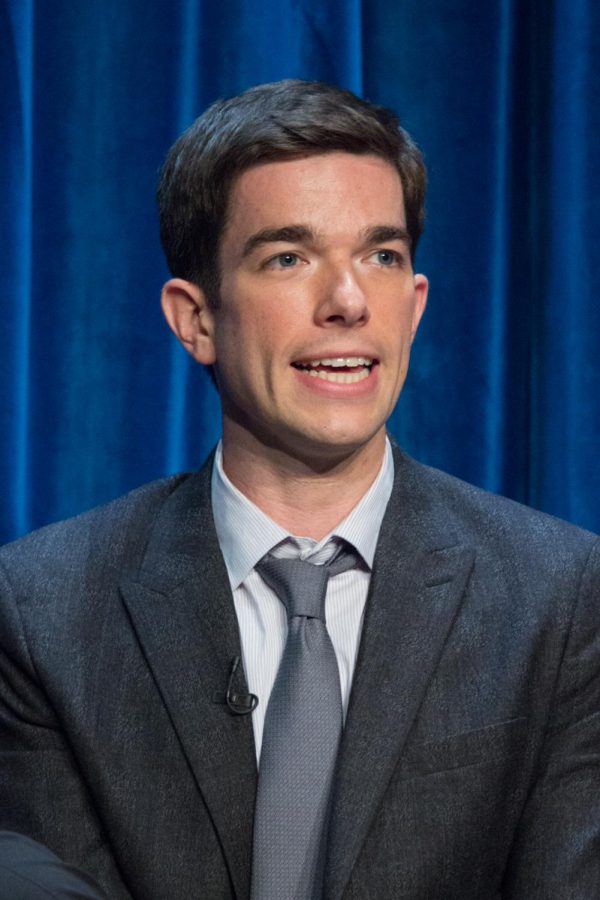 If you haven’t heard of him as John Mulaney, you may know him as George St. Geegland, Andrew Glouberman, or Peter Porker / Spider Ham. John Mulaney is a comedy actor who previously wrote for SNL, although now he has hosted it as well.

With three Netflix specials: New in Town, the Comeback Kid, and Kid Gorgeous, Mulaney has made quite a name for himself, as has his dog, a French bulldog by the name of Petunia who frequently serves as the punchline for his jokes. When talking about what it is like to have a French bulldog as a puppy, Mulaney says, “It’s like having a baby that’s also a grandma.” During the 2015 Netflix special The Comeback Kid, Petunia made a physical appearance in Mulaney’s dressing room before his show. Let’s just say she predicts the future, but go ahead and watch if you are unsure.

Mulaney comes off as a simple man in his standup routine, but that doesn’t mean he has simple friends. His confidants include Nick Kroll and Pete Davidson. Kroll and Mulaney are the main stars of The Oh, Hello Show. In brown-toned ensembles, the pair acts as the old men Gil Faizon and Andrew Glouberman from Manhattan, who have hard opinions and often mispronounce common words. The show’s viewers can catch the actors’ occasional snickers while they speak as the two can’t help but laugh at each other’s dialogue.

You can also find actors laughing in the middle of their skits when Mulaney is present on SNL. In April of 2018, he starred as a waiter in the SNL skit “Diner Lobster.” Pete Davidson portrayed a restaurant patron who orders the seemingly prohibited lobster special. In response, the restaurant employees, including John Mulaney, sing tragic songs parodying the Broadway show Les Misérables. The Atlantic magazine labels the skit as a “Season Standout.”

Screen acting, however, isn’t Mulaney’s only strong suit. He has recently taken up voice acting, and he is thriving in this new field. Mulaney stars as Andrew Glouberman in the Netflix series Big Mouth, created by his close friend and acting partner, Nick Kroll.  It is rated 100% on Rotten Tomatoes, a well-respected online review website. The series is about teenagers going through puberty. Also rated extremely high on Rotten Tomatoes is the movie Spider-Man: Into the Spider-Verse, in which Mulaney is the voice of Peter Porker / Spider Ham, the animal parody of Peter Parker / Spider Man.

John Mulaney goes to show that comedy is a possible career even if you don’t have an extremely extroverted and eccentric personality. The beauty of his comedy is the relatable content that makes his audiences howl with laughter. If this information on John Mulaney intrigues you, you can watch him this Saturday, March 2nd hosting Saturday Night Live for the second time in his career. For more Mulaney updates, you can find @JohnMulaney on Instagram or the Instagram of Mulaney’s wife: @AMTendler.