“In the Heights” will be hard to beat 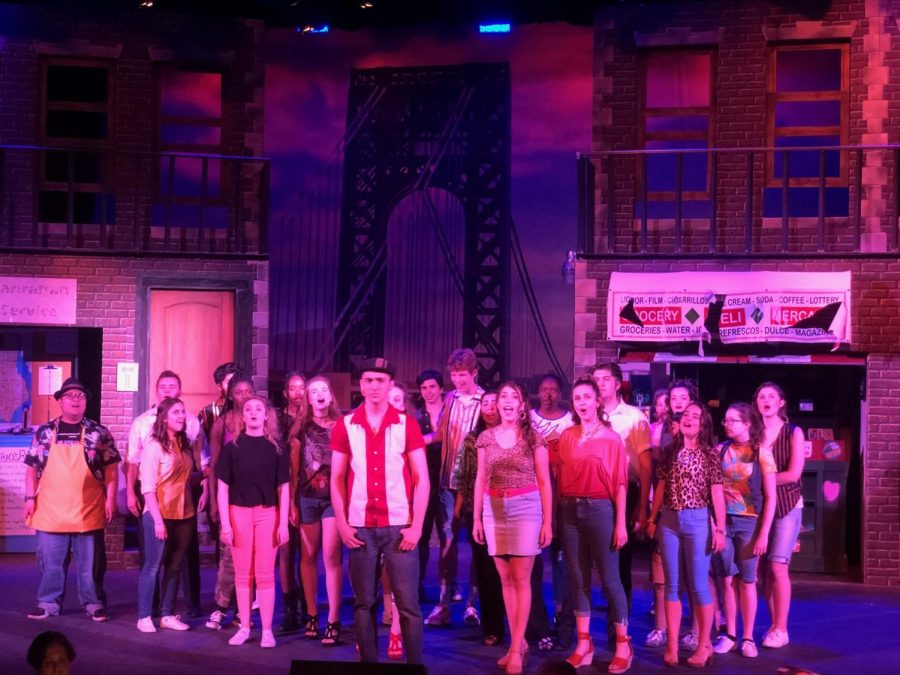 The Viewpoint theater program strikes again with another incredible musical, In the Heights, this weekend. The musical is about a primarily Latino neighborhood that experiences a homecoming from a close friend along with the surprising loss of a loved one. In the Heights includes many catchy songs from the beginning, and has entertaining choreography that is sure to grab the audience’s attention.

One of the main characters, Nina, played by Natalie Friedman (’19), is conflicted about whether to stay in her hometown of Washington Heights, New York, or move to California to attend Stanford. This seems to be a common theme among the characters because Vanessa, played by Maya Fardad-Finn (’21), is also eager to get out of the neighborhood. Both Friedman and Fardad-Finn show off their outstanding singing voices while performing songs such as “It Won’t be Long Now” in the first act, and “Everything I Know” in the second act.

A highlight of the show is the surprising club scene, which starts off as a fun night with the whole cast dancing the night away but has a surprising ending. Devon Knopp (’20) makes sure to show off his incredible dance moves along with Jordan Moore (’20) and Alexis Hernandez (’20). Though the characters start off having fun and dancing together, there is an unexpected, shocking ending to the scene, resulting in some problems for the characters that they must try to solve together as a community.

Alex Lisenby (’19) takes over the stage while performing “Carnaval del Barrio (Neighborhood Carnival)” as the character Daniela. Her outstanding voice made it feel like I was there with them, and her sassy character almost made me start dancing with her. Dani Granaroli (’20) almost put me to tears with her solo performance, which is is one of the many performances that cannot be missed. Sophie Behzadi (’19) wows the audience once again while playing Abuela Claudia, while Ian Riegler (’19) plays the amazing Usnavi. His rapping skills are hard to beat and his character does a 360 at the end of the performance which will surprise the audience.

“In the Heights” was truly one of the greatest musicals performed at Viewpoint, due to its combination of being entertaining and fun, but still emotional with complex characters and storylines. Its realistic story allows its audience to get a glimpse of a close community that is always there to support one another. I highly recommend attending this performance and seeing the result of all the hard working actors, crew, and band. It is truly amazing how they are all able to put this all together. Also, the opening song “In the Heights” is still stuck in my head.