Life in the fast lane

The key to Viewpoint Swim's success 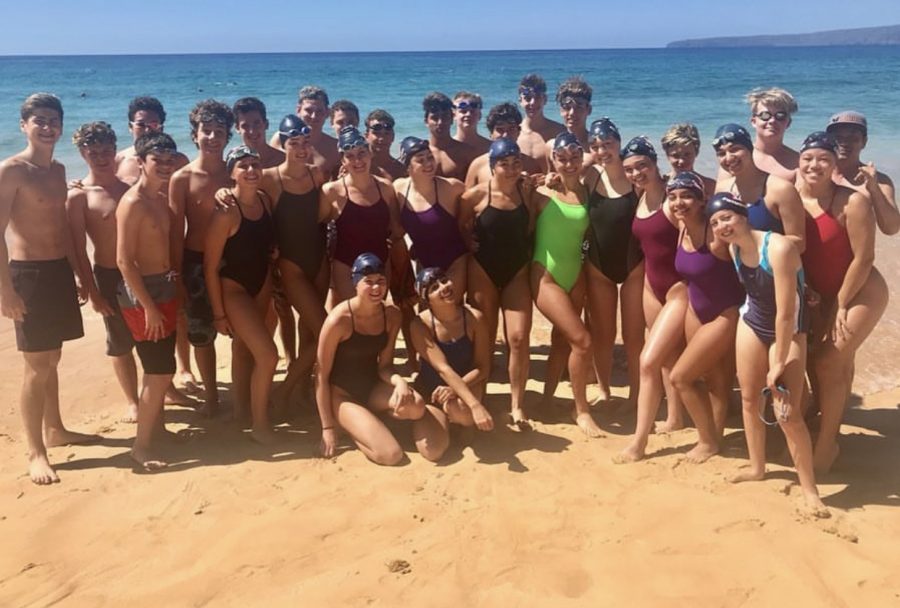 With around 60 members participating at junior varsity and varsity levels, swim is one of Viewpoint’s most popular sports. Why is swim such a popular sport, and what makes the Viewpoint experience unique?

Team bonding is a central component of what makes swim so special. The team regularly has bonding events, including dinners and team parties.

“Swim feels more like a family than a team, and ever since I started in freshman year, it’s just been something that I love to be apart of,” Leila Assil (’20) said.

“We all cheer each other on and help push each other to do our best in the pool,” Chase Sumpter-Gillyard (’19) said. “It makes competing much more exciting when you are about to start your event and you hear your teammates chanting your name from the other side of the pool. I am sad that it is my last season, but I know that my team will continue to kick butt after I graduate.”

To watch the swim team in action, come to Brentwood School on April 26 to see the team compete in the Gold Coast League Finals.