Going to unsafe lengths to get the “perfect” Instagram photo 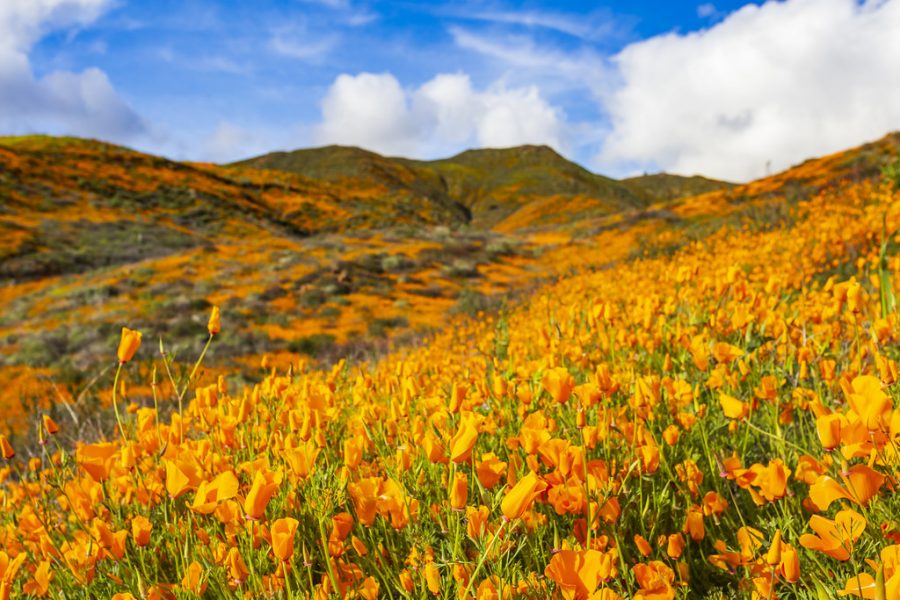 Starting around March 16th, the small southern Californian town of Lake Elsinore with a population of around 63,000 was bombarded by 50,000 to 100,000 people each day, all racing to take photos with this year’s poppy super bloom. The stampede of people caused gridlock and traffic jams, and not only did the crowds overwhelm the residents of the town, but these poppy enthusiasts may be ruining the area’s ecosystem.

Just a few weeks ago, with no supervision in Walker Canyon, the location of the superbloom, visitors stretched out on beds of poppies and walked away with bouquets of the orange flower. While the poppies may make for a perfect Instagram photo, the poppy hysteria has exploded and harmed the Lake Elsinore ecosystem.

“I know it’s special to have that picture with you and the poppies, but then you’re ruining them for other people in the future,” resident Melissa Waters said.

The “poppy nightmare” in Lake Elsinore brings up a bigger issue that has become increasingly prevalent: people going out of their way in order to portray perfection on social media, which can result in the harming of the environment. While some of this is harmless, for example, the infamous Pink Wall and the Museum of Ice Cream, which are designed for photo-taking, the impact of social media on some natural landmarks has resulted in the destruction of landscapes.

People travel to these landmarks for their beauty, but some may not properly follow the rules that can help maintain them.

While it may seem tempting to take a few risks in order to match an Instagram aesthetic, participants must consider how this may put the photo-taker and the environment at risk.