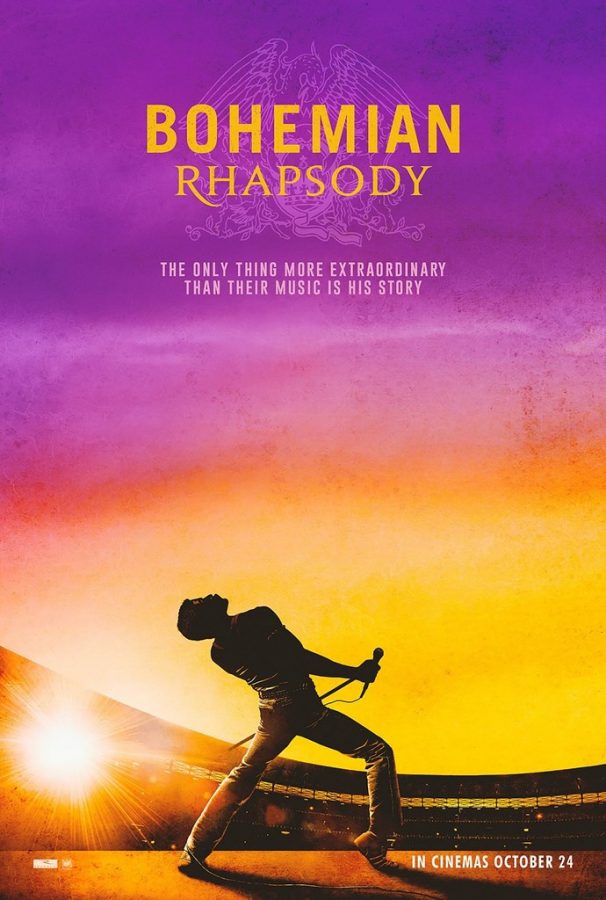 Bohemian Rhapsody was a wildly successful film following its release in November 2018. It took home a Golden Globe for Best Motion Picture, as well as several Best Actor awards, including an Oscar, for Rami Malek, the actor who portrayed the iconic frontman of Queen, Freddie Mercury. The biopic follows the rock band from their beginning until the bitter end that came when Mercury succumbed to a long battle with AIDS.

Guitarist Brian May and drummer Roger Taylor both had executive producer credits on the film. However, the movie got some facts wrong despite members of the band’s involvement in its creation.

How Freddie met the band: The movie shows Mercury meeting May and Taylor for the first time in a parking lot after the show. In reality, Mercury already lived with both May and Taylor, as well as the previous lead singer of their band. Mercury was in a different band of his own called Ibex until the lead singer of May and Taylor’s band quit, and soon after, Mercury joined. As for the bassist, John Deacon, the movie made it seem like he joined right after Mercury, but the band actually went through 3 different bassists before they found Deacon.

The beginning of Freddie and Mary’s relationship: In the film, Freddie Mercury briefly meets his later fiancee Mary Austin at a show, upon which her friend tells Mercury where Austin worked, prompting him to go there and see her. In actuality, the story was much more complicated than that. Austin actually first dated May, but eventually Mercury asked her out and they stayed together for a long time.

How Freddie Met Jim: In real life, Mercury met his partner, Jim Hutton, at a club and the two had a very loving relationship. When Mercury was diagnosed with AIDS, he offered to let Hutton out of the relationship as the disease was still vastly unknown. Despite that, the two stayed together until Mercury’s passing of AIDS-related bronchopneumonia in 1991. In the movie, their love story was altered. Mercury meets Hutton after one of Mercury’s lavish parties, at which Hutton was working as a waiter. Mercury makes a pass at Hutton, which Hutton shuts down before they spend the rest of the night talking on Mercury’s couch. Mercury admits he likes Hutton, to which Hutton replies “I like you too, Freddie. Come and find me when you decide to like yourself.” Later on, Mercury goes through the phonebook, finally tracks down Hutton again, knocks on his door, and only then do the two begin their relationship.

Solo Careers: In the film, during an intense exchange between the band, Mercury reveals he is going to record a solo album. This sparked a fight between Mercury and the other members, particularly between Mercury and Taylor. However, in real life, not only was there no bad blood between the members at Mercury’s decision, but the band never broke up like the movie made it seen. Also, Mercury was not the only member of the band to release a solo album during this time. In fact, Taylor actually released his solo album Fun In Space in 1981 before Mercury released his. Therefore, the ‘reunion’ at Live Aid shown in the movie was not a reunion at all because the band had never broken up.

News of Freddie’s HIV Status: In an emotional scene in the movie, as the band is preparing for their Live Aid performance, Mercury gathers the band together and reveals his HIV/AIDS status. While beautiful and touching, this scene is nowhere near accurate to what actually went down. Prior to Live Aid, no members of the band–Mercury himself for that matter–knew of Mercury’s status. The first person to actually find out about it was Mary Austin, when Mercury kept dodging doctors’ calls. According to Taylor, the band was only made aware of Mercury’s diagnosis in 1989, and the rest of the world found out after Mercury’s passing.

Due to May and Taylor’s involvement in the making of the film, the continuity issues and slight inaccuracies can be chalked up to the fact that the film’s team had to make edits to the band’s very complicated history, in order to make it easier to follow for all audiences. The story portrayed in the movie, while different from real life, was not so drastically different that the movie was considered fictional. Only die-hard Queen fans, people who worked with the band, or of course the members of the band themselves, would notice these discrepancies between the film and real life upon first viewing it.