Inside the Church of Yeezus 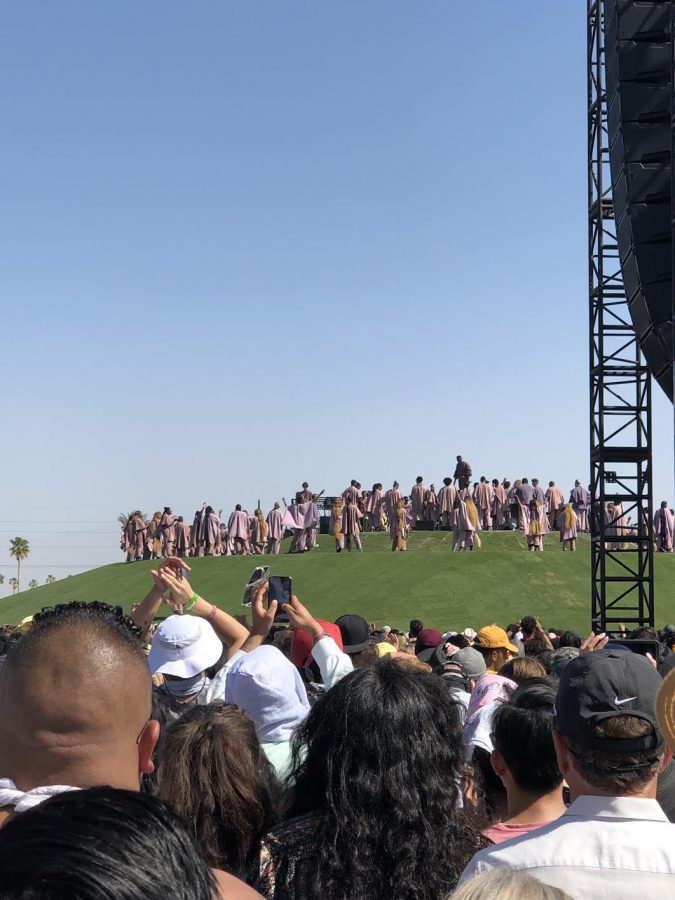 Every Sunday since late February in an undisclosed Hidden Hills location, Kanye West and his Yeezy-clad gospel host a Sunday Service. However, this is no normal church service — the worship is done in true Kanye fashion with performances of gospel renditions of his songs, as well as a notable guest list featuring the entire Kardashian/Jenner family, Tyler the Creator, and even Katy Perry. Well-known musicians such as Diplo, Kid Cudi, and DMX have been seen attending the religious romp, and sometimes have blessed the crowd with surprise performances.

Kanye West is no newcomer to tying Christian symbolism to his music. During his Yeezus Era in 2013, West even invited a Jesus impersonator to join him at one of his shows on his Yeezus tour. Through controversial actions such as comparing himself to William Shakespeare and saying his job is more dangerous than those of soldiers and police officers, he is thought by many to have a large ego, and critics have called him obnoxiously narcissistic. His nickname, Yeezus (Yeezy + Jesus), could be seen seen as just another example of his “egotistical” personality, it also could be a symbol of his connection to Jesus. In his song Jesus Walks, the fourth single off his 2004 album, The College Dropout, Kanye showcases his spirituality through the chorus of “Jesus Walks with me”, and West rapping, “God show me the way because the Devil’s tryin’ to break me down.”

This Easter, Kanye hosted a Sunday Service at Coachella which attracted an audience of 50,000 fans, including Tai Flemming (’21). However, these Sunday Services may not be as glorious as the videos posted to the Kardashian’s Instagram stories make them out to be; according to Flemming, Kanye was 45 minutes late to his own service.

“In those 45 minutes a jazz band and singers performed songs,” Flemming said. “For the first hour he didn’t really sing that much, but after that first hour he started to get into it.”

The service also included performances by the rapper’s friends Tony Williams, Chance the Rapper, and DMX. Worshippers even had the option to purchase merch from the service ($225 sweatshirts with the phrases “holy spirit” and “trust God” printed on them). Flemming says that, “overall, the experience was over the top and extra.”

While the services may be held on Sunday, through the videos, the services seem more like performances with a religious undertone rather than an actual religious event.

“There was religious intent behind it, but also it’s Kanye — he does it for himself, but behind the facade of a church,” Fleming said. The only resemblance to that of a traditional Easter service were prayers led by DMX.

Kim Kardashian-West, Kanye’s West, insists that people of all faiths are welcome. “Kourtney [Kardashian, Kim’s sister]’s best friends come all the time and they’re Muslim. All my Jewish friends came on Sunday; they loved it. Everyone that comes understands it’s just a really healing experience with an amazing choir and amazing messages about love to start off your week,” Kardashian-West said.

Since Coachella, West has continued to host services for friends and family every Sunday.